This gun battery was constructed in 1890, near Coalhouse Fort, in the village of East Tilbury. It was originally armed with two 10-inch and four 6-inch disappearing guns. Although guns have long since been removed, the emplacements and magazines beneath are still extant as are some casemated barrack rooms and other buildings. The present condition of the battery is very good, with many original stenciled signs still remaining in the underground parts although the whole site is profusely overgrown, making locating the various features very difficult.

This site is on private land, many thanks to the owners for permission to visit this and their AA Battery at Bowaters Farm.
Plan, courtesy of the Palmerston Forts Society 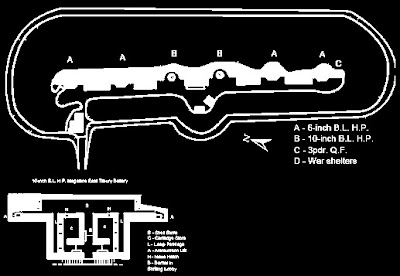 One of the four 6-inch gun pits 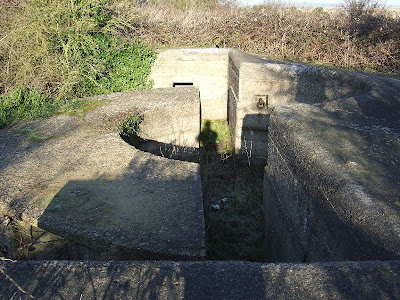 Top of one of the shell hoists 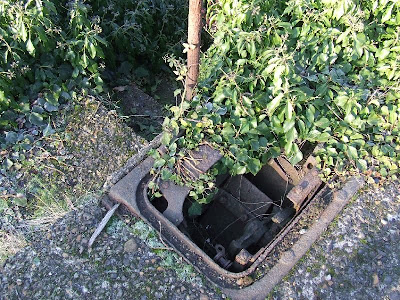 Shell hoist in room below 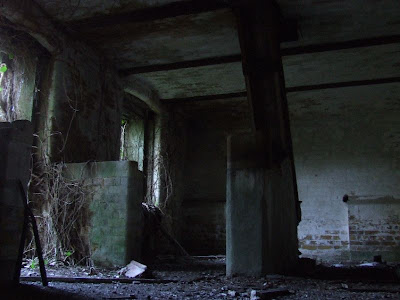 Entrances to the magazines below the gun pit 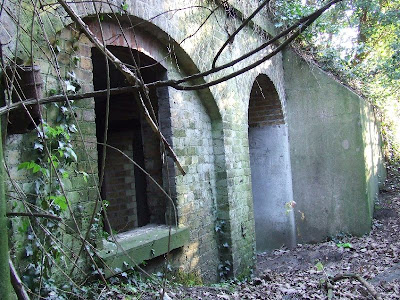 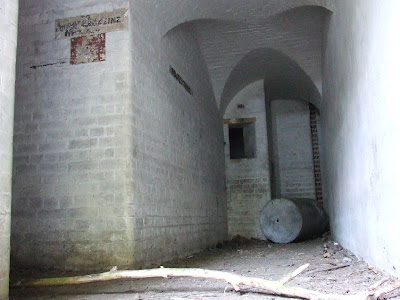 Issue hatch from the magazine 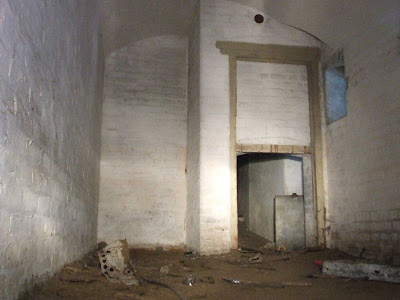 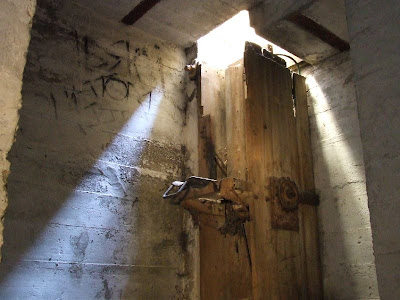 'Lighting passage' can still be made out above this doorway 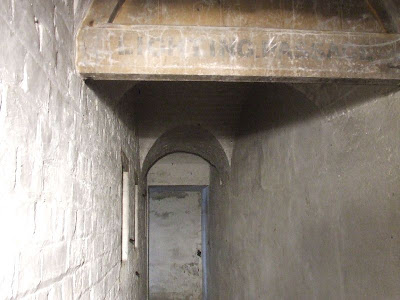 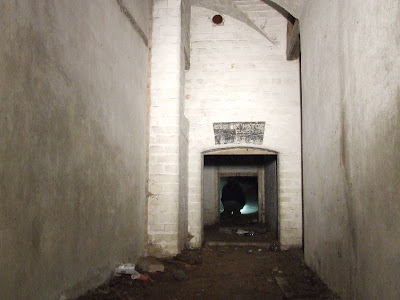 One of the two sets of three casemated barrack rooms 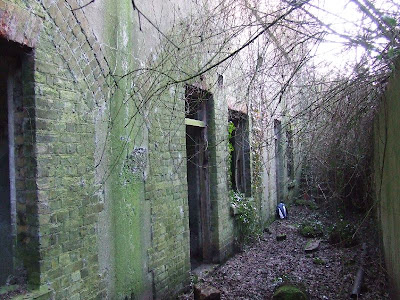 Inside, looking back at the window and door 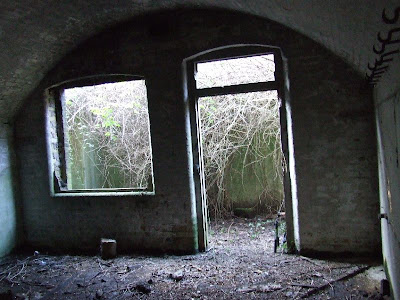 Position for one of the two 10-inch guns 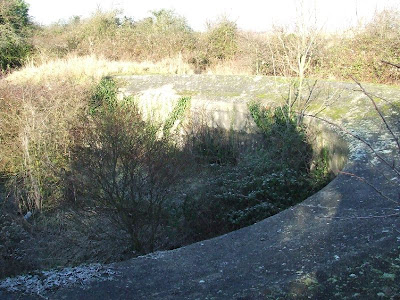 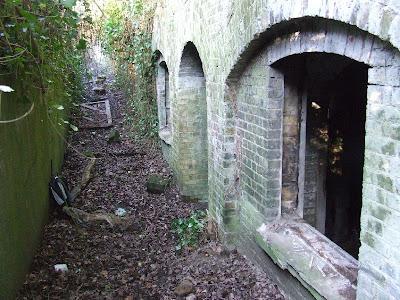 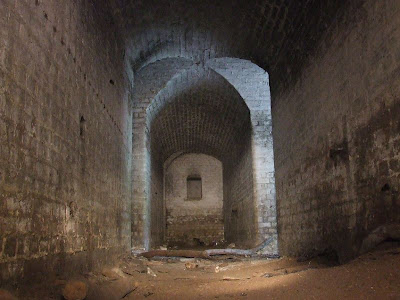 Shell hoist for one of the guns 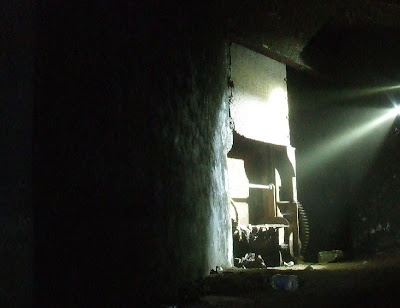 Shell store, the walls have been blackened by smoke 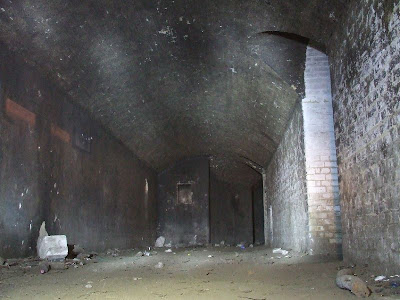 Shell hoist for the other gun 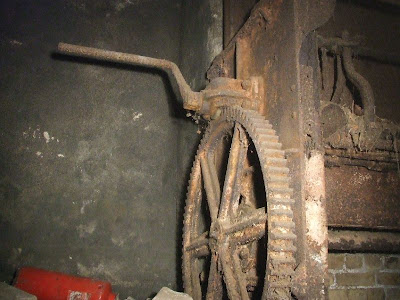 One of the remaining buildings, possibly the guard room 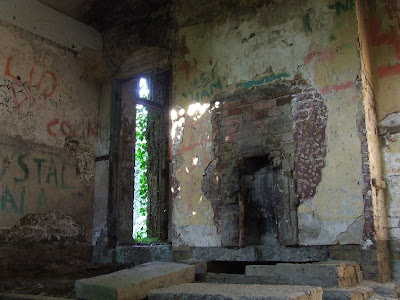 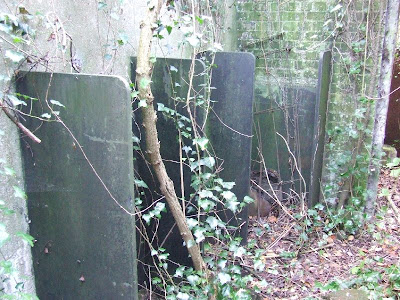 Probably a ablutions room, it is between the two barrack rooms 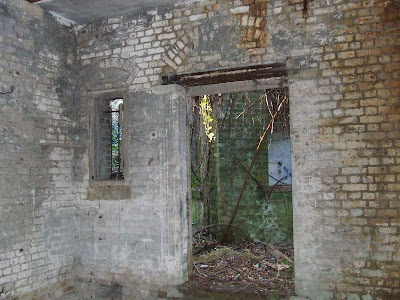 My great grandparents on my mothers side actually LIVED in the battery for a while after leaving farm cottages locally. My uncle remembers it we'll as he spent loads of time there with his grandparents. No gas or electricity only oil lamps.

20 now but when i was 6 to 11 me my sisters, friends and most kids would visit these places on our way to the fort for the day and scare each other with ghost stories and murderer stories. live in New Zealand now, if i ever visit England again would defiantly enjoy visiting this site again.

It's a very interesting site and I had the benefit of an authorised look around recently, along with the nearby WW2 Bowaters Farm battery.

One thing I can add about your captions, the walls of the magazine aren't blackened by smoke but they were coated with a bitumen and cork render. This was a late Victorian H&S anti-spark precaution.

This is a great info so far. Thanks newleaf-marketing.com/