Cwmorthin Slate Quarries are located in the mountains above Blaenau Ffestiniog in North Wales. Cwmorthin was first worked in the 19th Century and remained in use through until the end of the 20th Century, although on a much smaller scale. There are a number of floors and the mine covers many miles, with some huge chambers, much of which can still be explored. On this through-trip we also visited some workings which were once open as a tourist attraction, and many implements, such as cranes and carts can still be seen. The quarries in this area are very dangerous, as they are very extensive and some are still being worked to this day, so they should only be visited with an experienced guide and the appropriate equipment.

The access is gated but the lock code can be obtained through official mine exploration groups.
A plan of the mine is provided on the Friends of Cwmorthin website: click here

On top of the mountain, close to the entrance to Cwmorthin 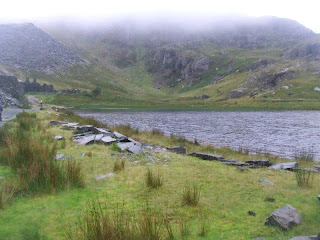 Inside the mine, on the upper level 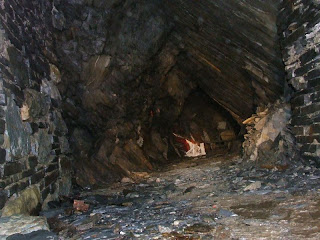 Adit, with tracks still in place 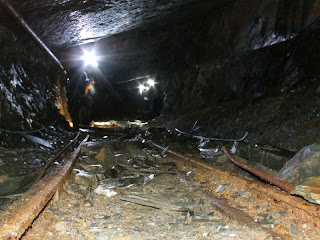 The incline down to the lower level workings 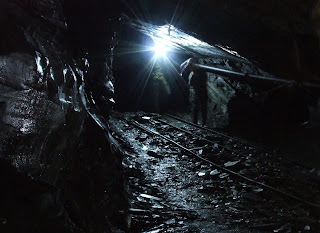 Remains of a bridge across a large cavern, part of the way down 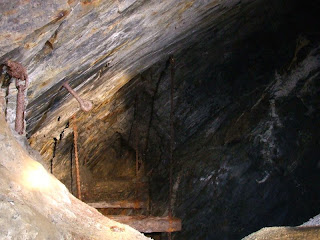 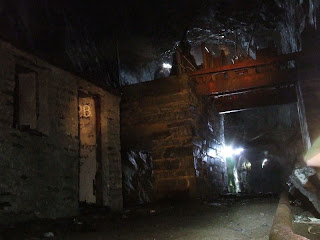 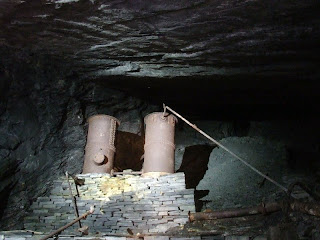 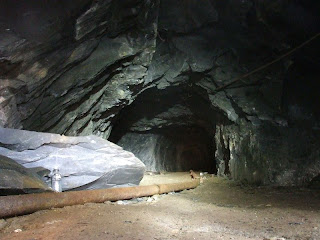 At this point we have to cross a pile of slate blocks... 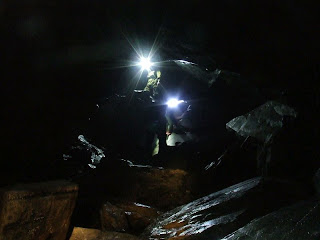 ...then this mountain of loose slate must be crossed, the
light is about a third of the way up 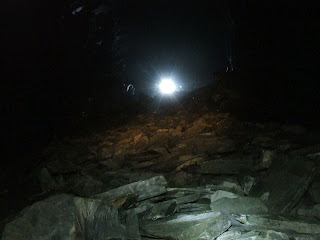 Adit on the upper level 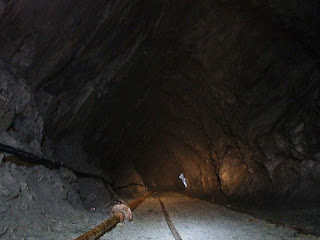 Looking out on the opencast quarry workings 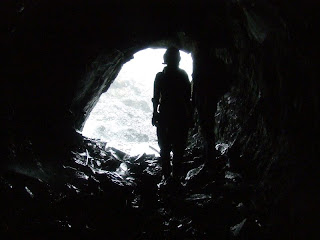 Mining equipment from when the mine was a
tourist attraction 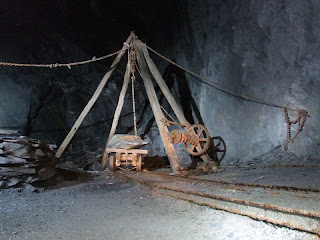 You have a good site here. Thanks http://aurand.net/