Fort Pitt was constructed on a hill overlooking Chatham between 1805 and 1819. It was a polygonal shape with five large bastions, and had 9 canons, 4 caronades and 3 motars mounted as armament. It didn't last long as a fort, and became a military hospital in 1828, party adapted as an asylum for mentally ill soldiers, and in 1860 became an army medical school. In the first half of the 20th Century, parts of the fort were demolished, the ditch filled and remaining buildings adapted for use as a school. Fort Pitt Grammar School has occupied the site since the 1930s, and during WW2 some of the underground tunnels were used as air raid shelters. The University of Creative Arts, built in 1968, now covers much of the site, but some remains of the fort can be seen. The tunnels remained sealed for many years, until 2011 when a joint project between Kent Underground Research Group and Fort Amherst took place to locate and open them up.
The tunnels were opened for this KURG visit, and have now been resealed. 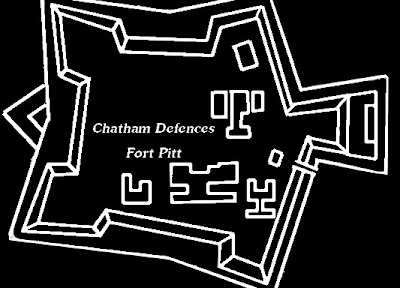 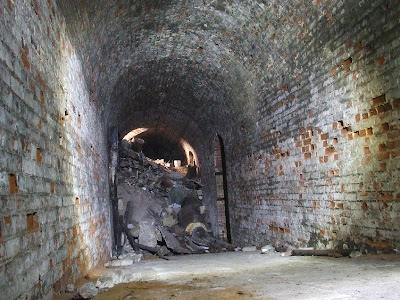 Brick partitions inside the tunnel 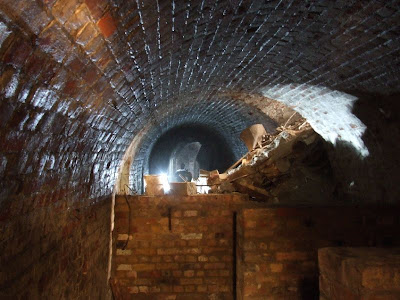 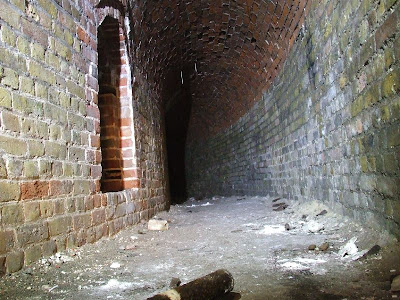 Inside the Main Magazine 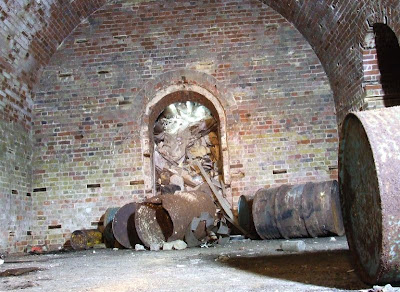 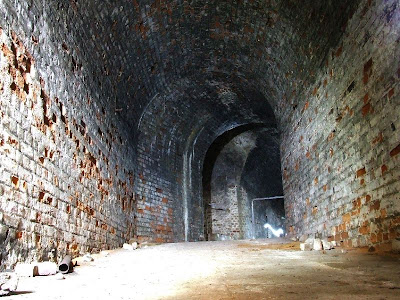 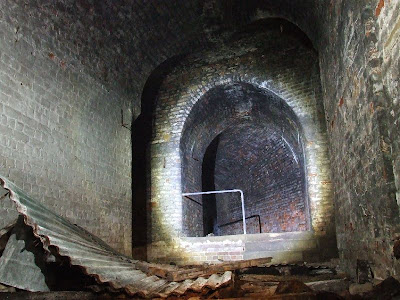 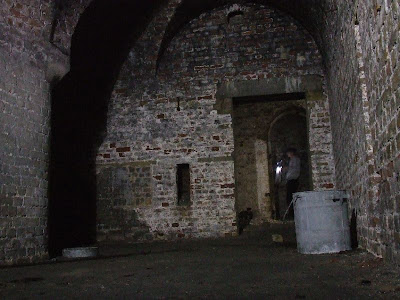 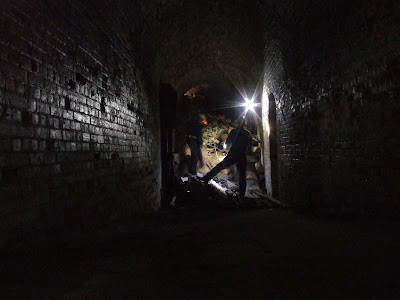 Went to fort pitt school. Did try to climb up to a tunnel when a teenager....curiosity. have always wanted to see them. Great post.

My Nan was a pupil at Fort Pitt during WW2 and she was the lady who showed them where entrance to the tunnels was in 2011. She often talks about how they would spend the mornings lessons down there. Then "Jerry" would fly home to refuel mid day leaving them just enough time to go up to the school for lunch, then back down again for afternoon lessons as the plains would return.

Hello All
I'm buying a bungalow on the delce road very close to Fort Pitt and want to know if any of these tunnels go under this property. How would I find out please? Anyone know?

This A Good Way To Appreciate The Teacher As They Put Their Efforts To Train Students. UK Dissertation Writers Appreciates The Teachers.

Love the whole place. Thanks for posting | Mobile Detail Edmond

I'm impressed with the details. Thank you so much | https://www.medicinehattowing.ca/

The place is impeccable! You have a good info. Thanks | https://sonnysdiamonds.com/