This air raid shelter was discovered after the demolition of Ellington Girl's School in Park Place in Ramsgate. The school was built in 1914, and it is possible that the shelter was used in both the First and Second World Wars. It is surprisingly well constructed for a school shelter, being hewn from chalk beneath the school playground and takes the form of two parallel tunnels, accessed from three entrances on the surface. Inside, the toilet recesses remain, with corrugated tin cubicles; along with remnants of wooden benches and some interesting examples of WW2 graffiti are present on the walls. It is likely that the tunnels will be filled in as the site is currently being redeveloped, but fortunately I was able to visit as part of a trip with KURG and Sub Brit.

Update: I believe these tunnels have now been filled in.
Entrance 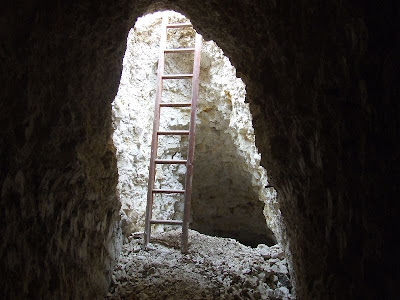 Looking down the stairs to tunnels 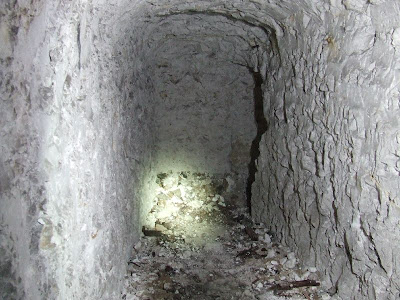 The first of the two parallel tunnels 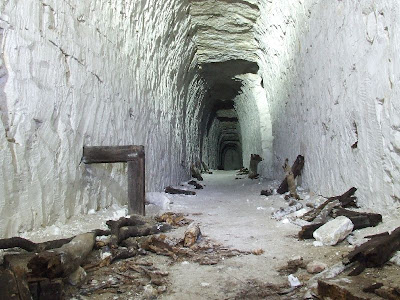 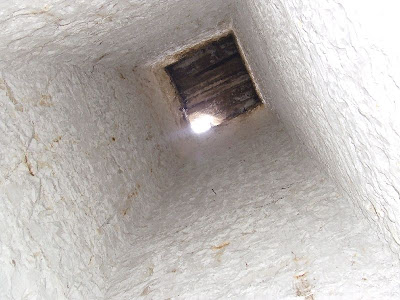 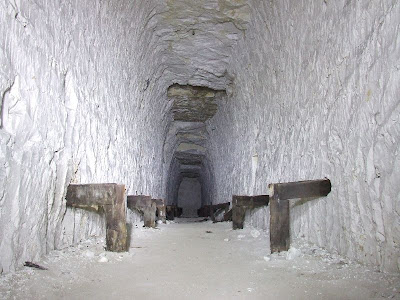 Popeye graffiti on the wall 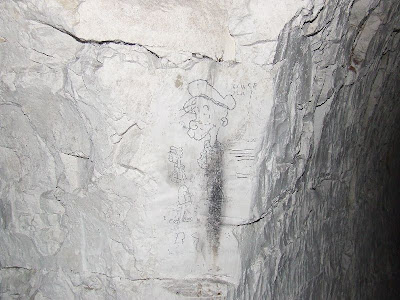 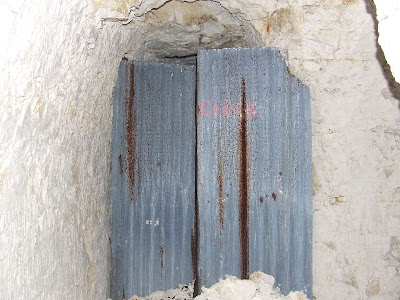 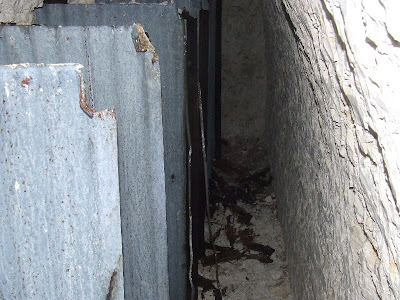 Steps up to another entrance 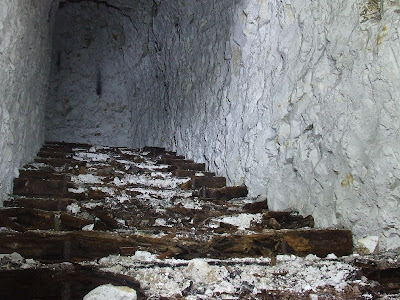 I cant believe it was still open on the 8th of july we went in day after it was discovered in may!!good place tho

i read a thread on a local history forum saying the shelter is still in situ but capped off,which makes sense as no buildoings have been buily directly above the entrance!!

In 1981 I had an old van and went for a holiday in Kent. It was the early days of legal CB radio and I gave a shout out for anyone who knew where I could doss down for the night.
Well, I got a reply from the caretaker and his partner who were in charge of Ellington School for the Summer break.
He said I could park up in the grounds for the night, and on arrival insisted on a nightcap.

After three hours of merriment, he said that "I would never believe what was down below".
I then got the full tour, bland, plain but also awesome. I never really took it in at the time, but now I know that my private tour 32 years ago was something special.

So far this is so interesting information. Thanks | Our page

I really appreciate your effort here. Thanks medicinehattowing.ca/