The beach at St Margaret's was seen as a possible landing place for an invasion fleet, so was well defended during the war and old photographs show barbed wire entanglements and a pillbox and this tunnel system still remains. It was also a crucial point as the powerful gun batteries were located close by, and would have been a target for sabotage. The tunnel appears to have been dug to allow guns to be placed in rooms cut into the cliff face, to cover the beach. The original entrance to this tunnel, located at the end of the esplanade, is now sealed and the only access is a rope up to the machine gun post in the cliff face. Inside, conditions are good and the majority of the tunnel is lined with tin on the roof and supported by bricks. Parts of the tunnel which are unlined still appear to be sound, although steps lead up to a second room, which has been lost due to erosion. There are a number of other caves and tunnels close by, on the Eastern side of the bay, but this is by far the most extensive.

Although these tunnels are open, entry is difficult and is only recommended with the appropriate equipment.

Entrance into machine gun post, it's a bit of a climb! 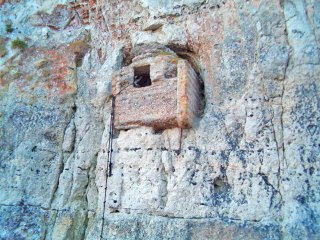 Inside the tunnel, looking towards main corridor 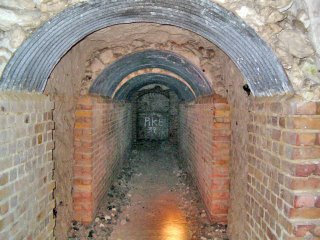 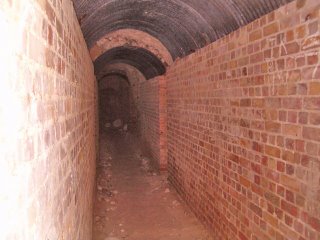 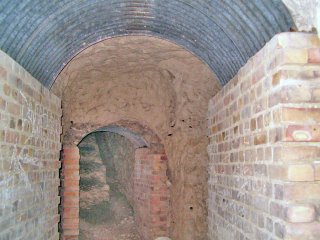 Looking up steps, towards opening in cliff face 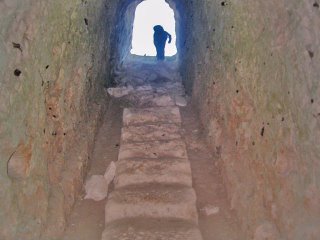 Looking back to main entrance 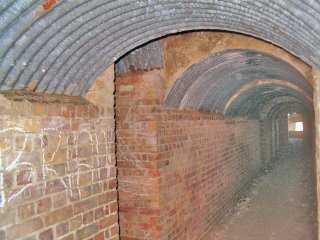 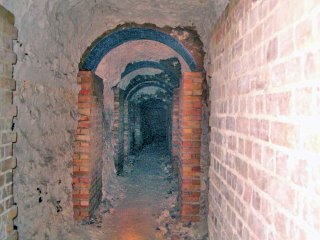 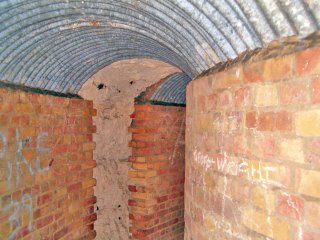 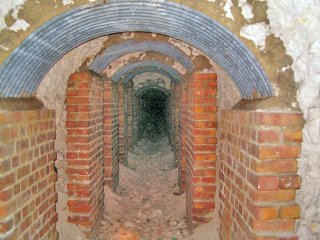 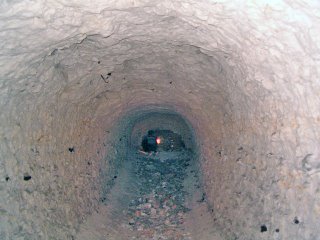 Sealed entrance (from outside) 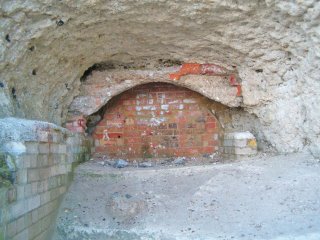 how do i get hold of a map showing the entrances to these tunnels, maybe colin can phone jon r for me. thanks. dave.

We were down St Marg's today for our scuba diving club meet and i noticed the gun post up in the cliffs.

I only noticed the rope after the tide went out. Got up the rope and had look in the entrance but didnt have a torch on me so didnt want to venture too far inside.

How far does the tunnel go?

Do you go exploring them/others as i wouldnt mind coming along.

did you realise there are offshoot tunnels behind the brickstructure support?

Why so much tummelling, what is teh history?

What a great place.We have some great pictures.Did not like the pigeons tho.

Please check out this. Remember to like this page.

Is it safe to go in these caves with children

Thank for for this amazing information and photos... intriguing

Hi, i believe that i saw you visited my website so i came to go back the desire?.I’m trying to find issues to improve my website!I suppose its good enough to use some of your ideas!! 메이저사이트

Greetings! Very helpful advice within this article!
It is the little changes that make the greatest changes. Thanks a lot
for sharing! 경마사이트

First of all, thank you for letting me see this information. I think this article can give me a lot of inspiration. I would appreciate 바카라사이트 if you could post more good contents in the future.

Interesting, I saw your article on google, very interesting to read. I have seen this blog, it is very nice to read and has more informative information. Feel free to visit my website; 야설


A good blog always comes-up with new and exciting information and while reading I have feel that this blog is really have all those quality that qualify a blog to be a one. Feel free to visit my website; 한국야동

It’s so good and so awesome. I am just amazed. I hope that you continue to do your work like this in the future also. Feel free to visit my website;
국산야동

Wow, amazing blog layout! How long have you been blogging for? you make blogging look easy. The overall look of your site is fantastic, as well as the content! Feel free to visit my website; 일본야동

Very nice blog post. I like this site. Continue the good work! It is exciting to read it and, use it. Thanks for the article. Feel free to visit my website; 일본야동

I've been looking for photos and articles on this topic over the past few days due to a school assignment, 온라인바카라 and I'm really happy to find a post with the material I was looking for! I bookmark and will come often! Thanks :D