During the Second World War many existing caves and basements were re-used as air raid shelters. New tunnels were also excavated, some linking old cave systems and others being dug for the sole purpose of providing shelter. Many of Dover's tunnels, particularly those in the cliffs, are well known and have been visited by numerous casual visitors after the war, many of whom have left their marks on the walls! This tunnel is largely free from any graffiti, from either during, or indeed after, the War. It is well constructed, with a vaulted ceiling and rendered walls, both still retaining their white paint. There were originally four entrances, but three have now been sealed.

Many thanks to the owners for allowing me to visit this tunnel.
View into the tunnel 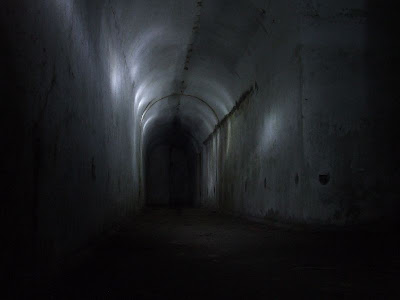 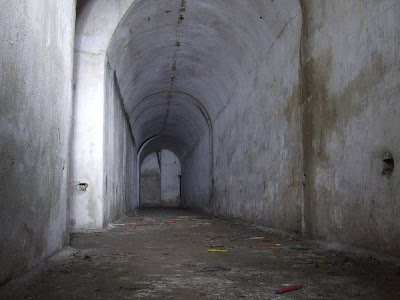 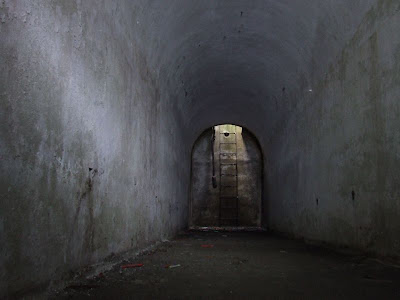 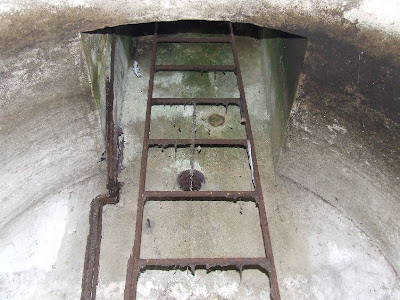 Manhole cover on the top 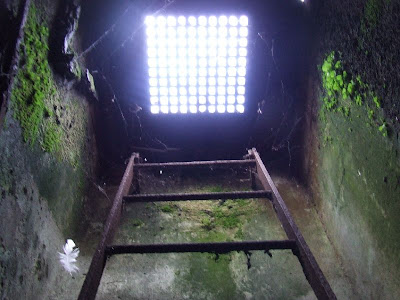 This appears to have been a sign stencilled on the wall 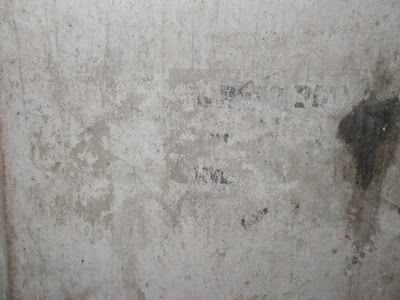 Looking towards another entrance 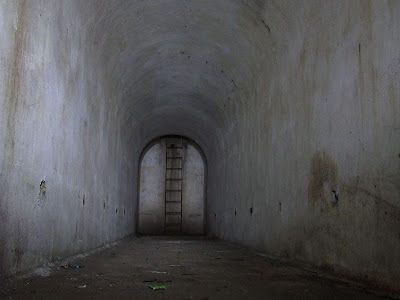 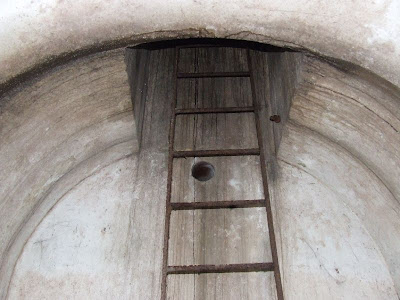 Looking back to main tunnel 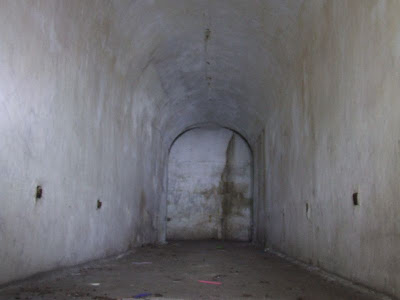 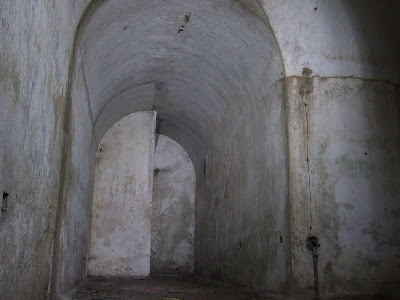 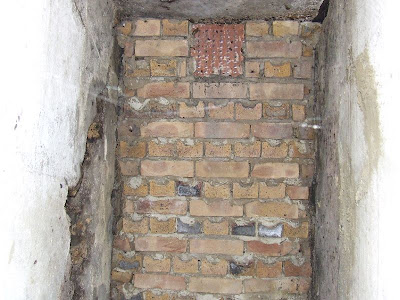