Citadel Battery is located West of the main fortifications on the Western Heights. It lies outside of the defensive ditch system which surrounds the Western Outworks and Citadel and is a later addition to the area's defences. Construction began in 1898 and was completed in around 1901. Three 9.2" Breech Loading guns were mounted in the large concrete emplacements. The battery remained armed throughout the beginning of the 20th Century and was manned during WW2. Magazines for the guns were located in vaulted rooms directly below the guns, although the entrances to these have been filled with earth and the now bricked up Fire Command Post can be seen in the trees behind the battery. Signs of the battery's WW2 use can also be seen, including two mortar spigots and pill boxes. Old plans show that the accomodation for the battery was in the nearby Double Caponnier on the Western Outworks.
This battery is on open land and can be easily visited. Unfortunately this has meant it has suffered from vandalism since the 1970s. 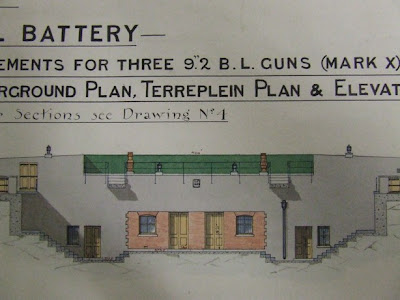 Plan of the three emplacements

View along the battery 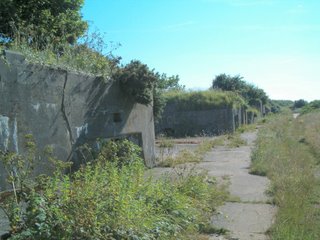 Looking towards one of the gun positions 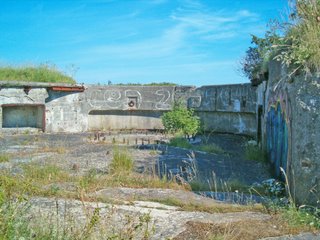 Looking down on the gun pit 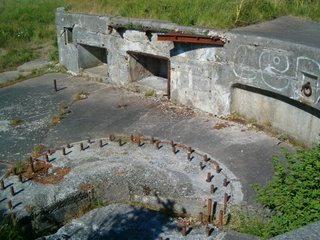 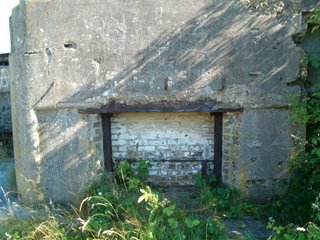 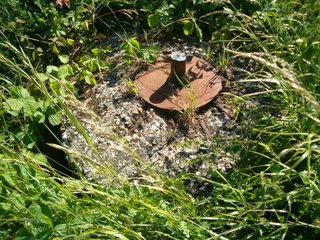 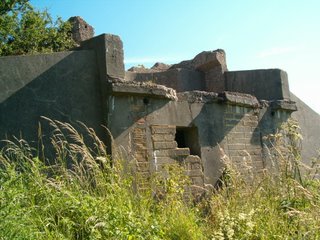 Rear of another gun position 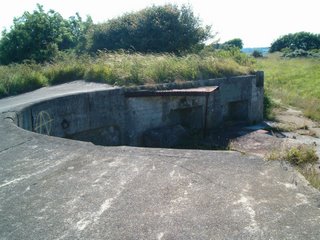 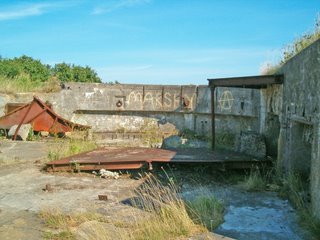 Entrance to some of the magazines, under the steps 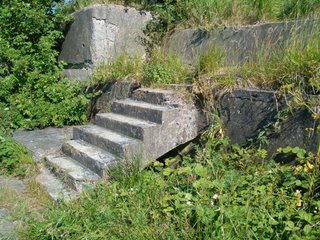 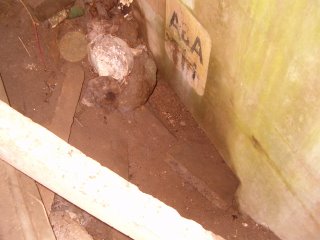 Passage between the magazines 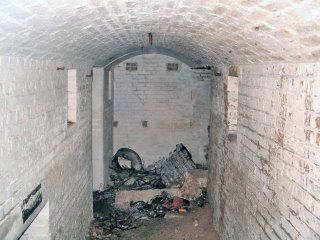 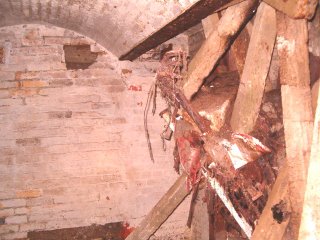 Earth spilt down from shell hoist 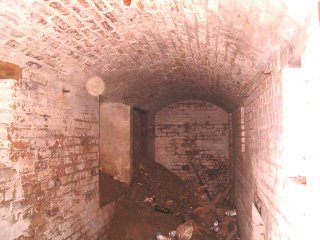 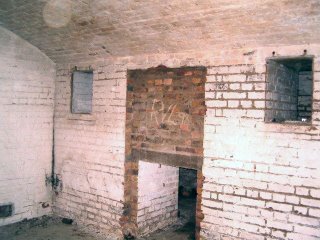 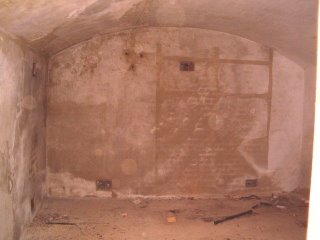