Nothe Fort is typical of the Royal Commission coastal defence forts, constructed in around 1860. It takes the form of a crescent of granite faced casemates, each originally housing Rifled Muzzle Loading guns with a caponnier protecting the rear. Beneath the casemates, an underground passage runs the whole length of the fort, providing access to the magazines. The RMLs were later replaced by Quick-Firing guns, and the fort was re-used in WW2 when an Anti Aircraft battery was established nearby. It was disarmed after the war and became a tourist attraction in the 1980s.

The fort remains in excellent condition and is open to the public all year round. 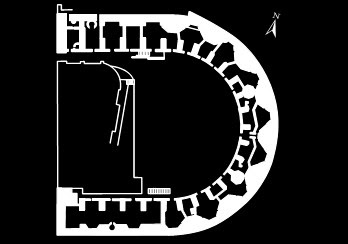 Exterior of the fort, showing caponnier 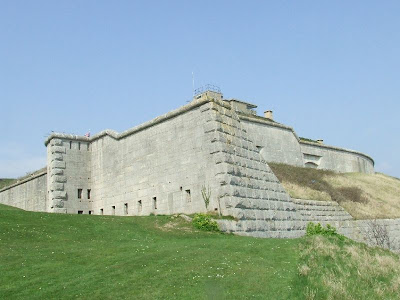 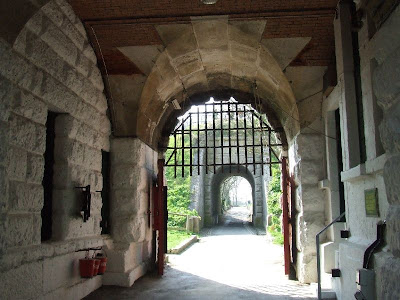 View from the tereplein, showing the shape of the fort 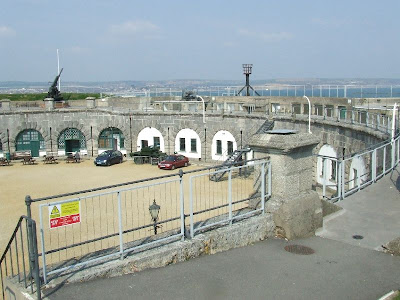 Casemates from the central parade ground 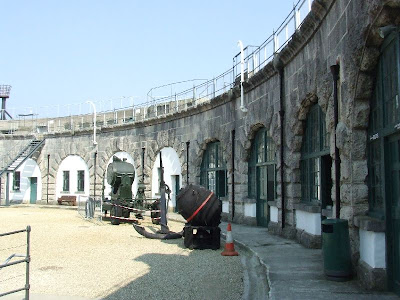 Gun inside No.11 casemate 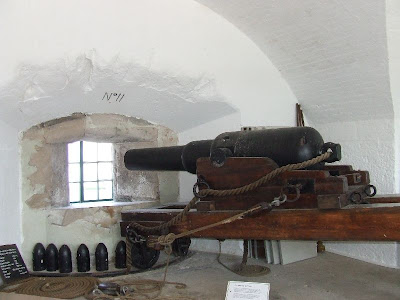 View across the parade ground from a casemate 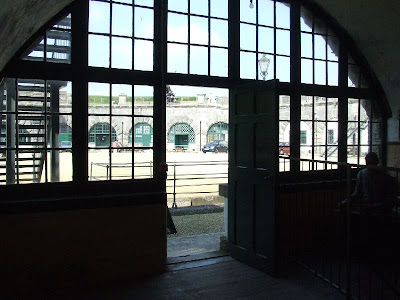 Covered area of the casemates 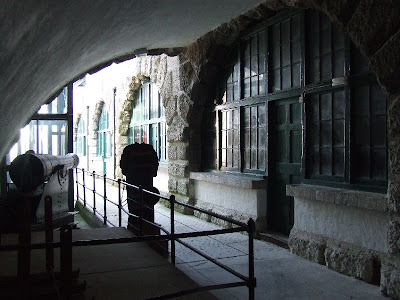 Steps down to underground passages 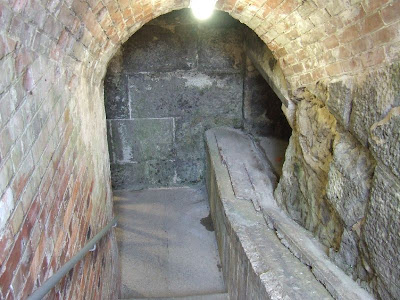 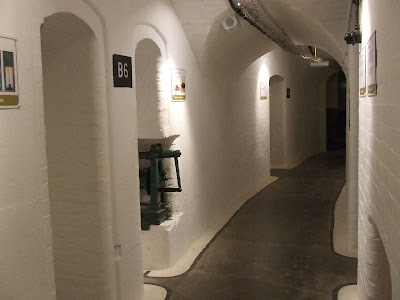 One of the many shell hoists 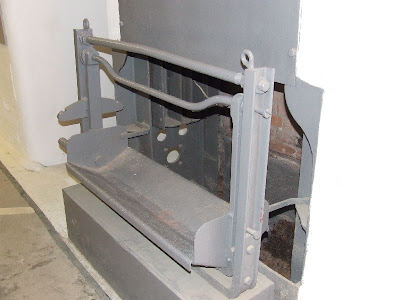 This area used as a cold war bunker (note door) 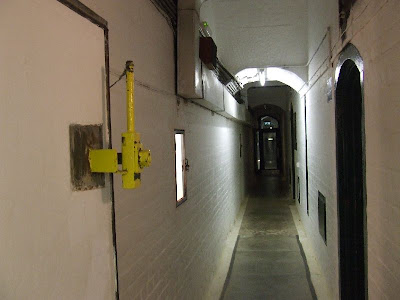 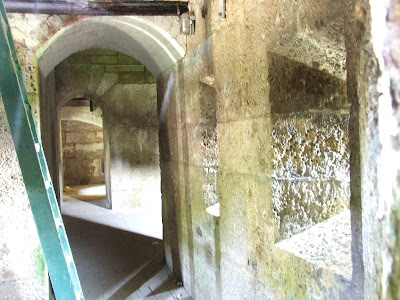 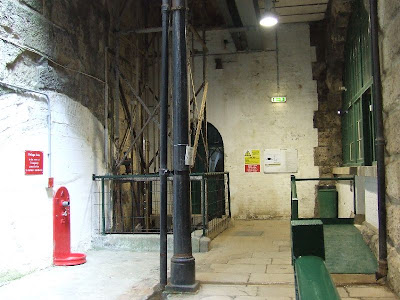 Gun position on the tereplein 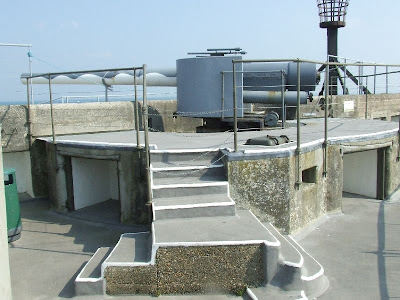