This small chalk mine is located on a farm close to Manston Airport in Kent. It's date is unknown, but it was probably worked over many years, the chalk being used to make lime for nutrition of the soil. The mine consists of three roughly parallel chambers cut into a chalk bank with adjoining passages and small tunnels that spur off. Some areas of the mine have been lined in brick, which may have been to support the road above or to add extra protection during WW2, when the mine was used as an air raid shelter.

This is on private land, this visit was arranged by the Kent Underground Research Group.
One of the entrances to the mine 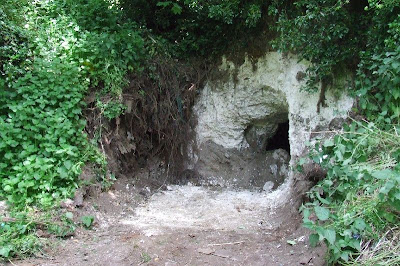 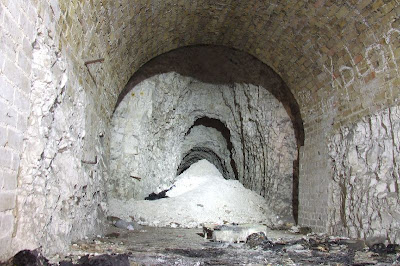 One of the chalk passages 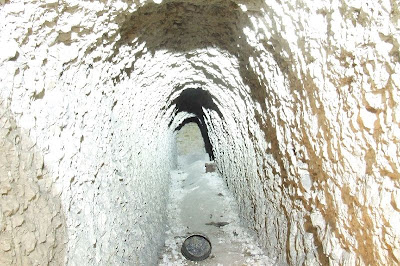 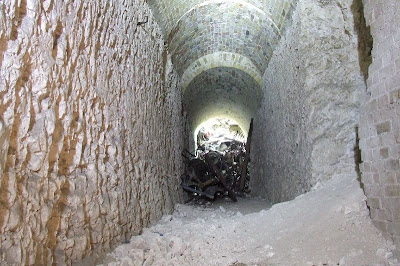 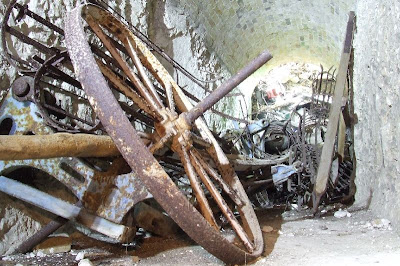 Rear of the chamber 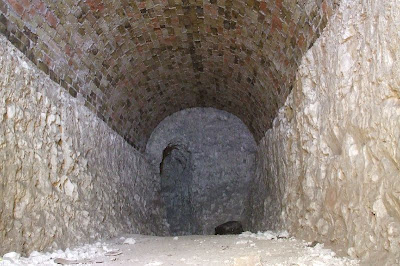 Looking towards one of the other entrances 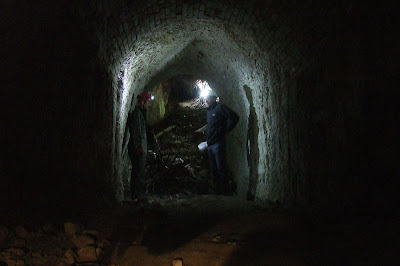 Entrance is almost blocked with rubbish and earth 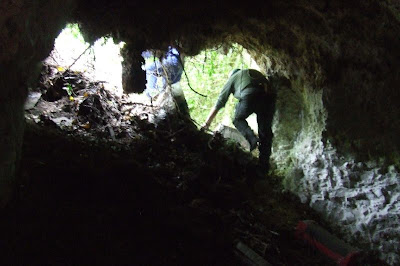 Another view inside the mine 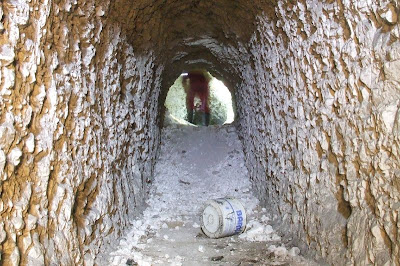 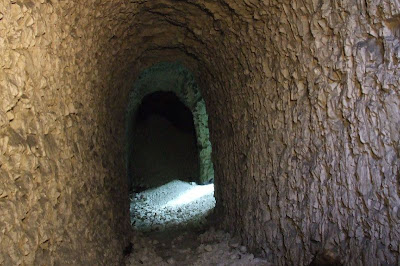 Looking back to the main entrance 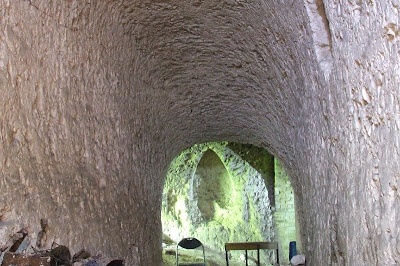 At most of the junctions collapses have occurred. 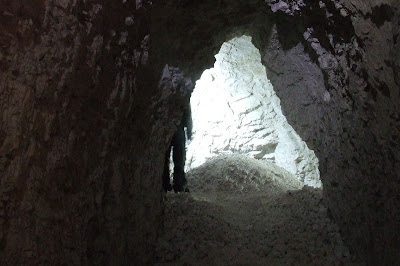 I visited this system of tunnels for the 1st time around 2years ago and they were very different. Your are indeed correct that the brick lined sections were to support the road. These caves however, have rapidly deteriorated over the last couple of years. On my original visit there were no downfalls and the thrid entrance was not present. This will not be around for much longer as it is only held open by mud and tree roots. As for the original entrance - this had steps leading down to it and was accessable then was backfilled then opened again recently.(i assume this was when you guys documented it) I also have a plan of the tunnels which was kindly passed onto me by another website. I would be happy to email you a copy!