This fort was constructed between 1855 and 1856 and is located on the cliffs overlooking Freshwater Bay. It is protected by a dry ditch to the North and West, with sheer cliffs to the South and East of the Fort. Concrete gun emplacements are still extant and cover the bay and the South-West of the fort. Entrance to the fort is via a bridge, which crosses the ditch next to the caponnier. The caponnier, which is now derelict, provided barrack accommodation as well as flanking fire across the ditch and was accessed by a staircase from within the fort. Interestingly, there is also a tunnel which opens out onto the cliff face with a stairway down to the beach, however, the stairs are very rusty and appear extremely dangerous. The fort is now a private residence and a modern building occupies the interior.

This fort is privately owned, but can be viewed from the outside.
Plan, courtesy of the Palmerston Forts Society 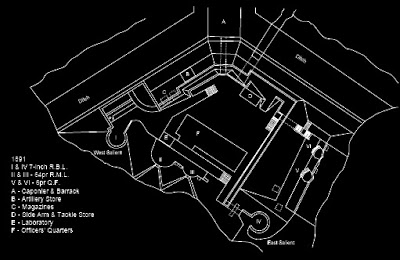 View of the fort from the bay 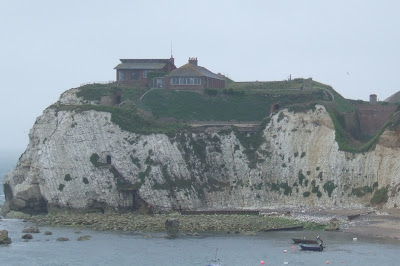 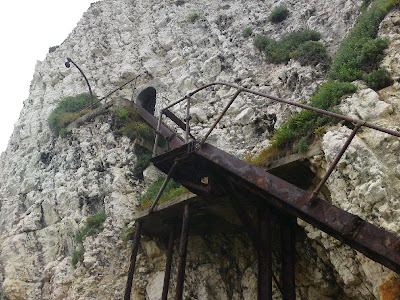 Entrance to the fort from the bridge 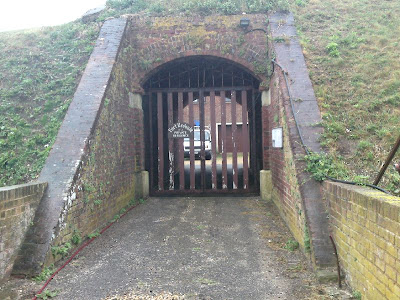 The ditch, from the bridge 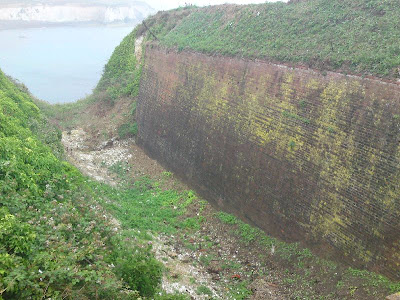 The remains of the Caponnier 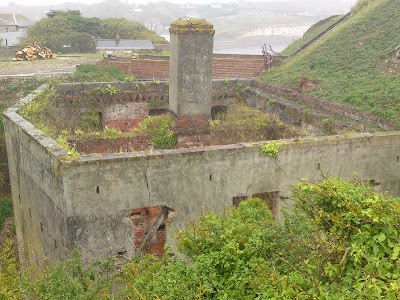 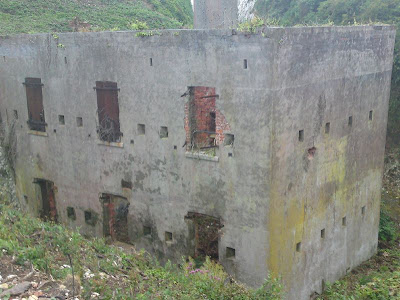 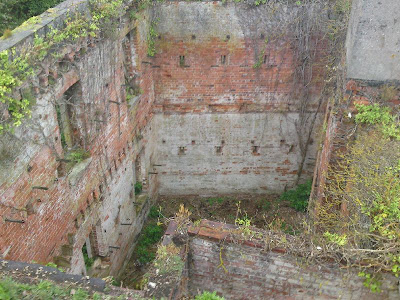 Another view inside the caponnier 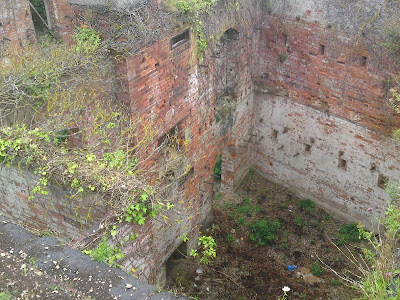 Shaft above the passage to the caponnier 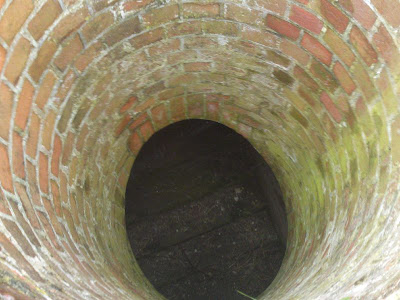 Magazine, half filled with earth 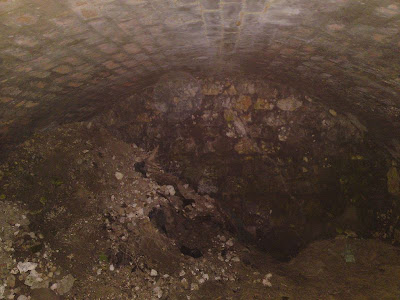 There's also a 'secret' tunnel, which I'd assumed was a smugglers tunnel (though it may have had a military purpose) from Watcombe Bay, which is remarkably similar to the photos of Pegwell Bay tunnel on this Blog.

When I holidayed at Freshwater in the 70s you could still walk through the tunnel at the cliffhead, to the beach at Watcombe Bay. The tunnel started off about 2 ft high then opened out at 6ft at the mouth. The entrance is now filled in with earth

Sadly the tunnel to Watcombe Bay was filled in by the council some years ago due to 'Health & Safety' fears!

I believe there was a cave in. The Coastguard used to use the tunnel to return to the cliff top after repelling down for training.

So far this is a nice venue for all! Thanks | https://www.okieconcrete.com/

I want to visit here. Thanks | https://www.backyardbuilderokc.com/

You have a great setting. Thanks for posting | lacasaspa.com/

Thanks for sharing this content. Keep it up | www.tampa-seo.org

This was really cool and interesting. Keep posting for more!
Havasu homes