This large public air raid shelter is one of four which were proposed and built by Surrey Council at the beginning of WW2, the others being at Epsom Downs, Ashley Road in Epsom and Kenley. After the war, the shelter was used by a lense manufacturing company and later as a garage, and most of the internal fixings and equipment seem to date from around this time. The tunnels themselves are lined throughout in brick, and have unfortunately become a dumping ground in recent years.


When I first visited the site, the three entrances the tunnels were in an old chalk pit by the side of a public footpath, when visited some time later the entrances had been filled with concrete and access is longer possible.
Layout plan of shelter 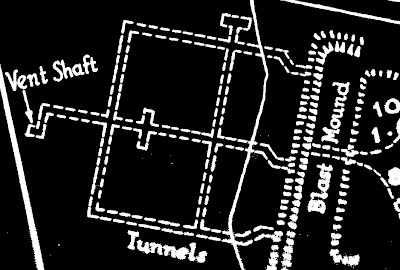 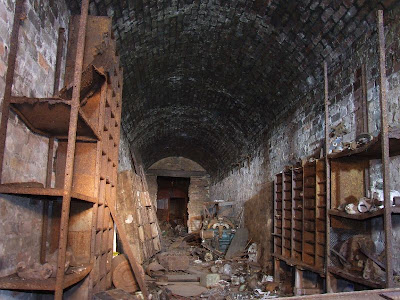 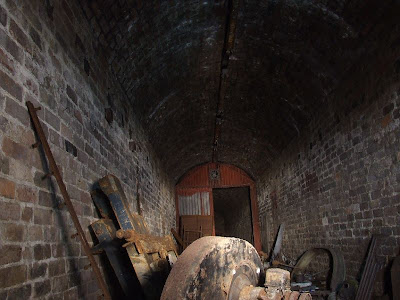 Side tunnel, with brick partitions in the wall 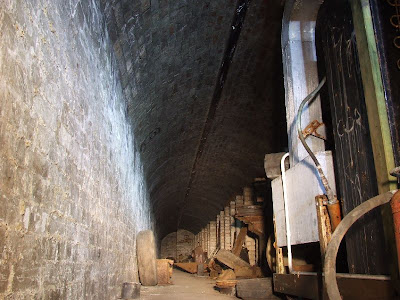 This fridge was adapted for use as an air conditioning unit 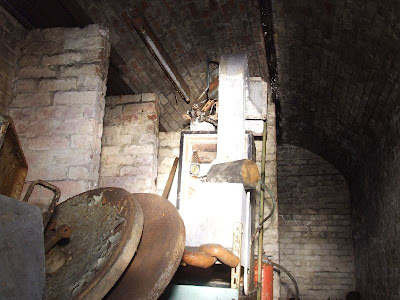 One of the main tunnel sections 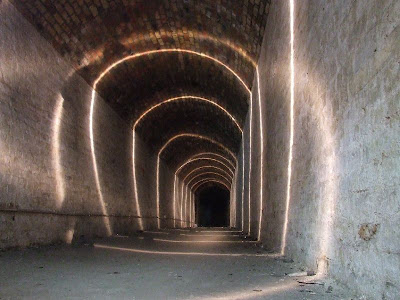 Remains of an early tractor left in the tunnel 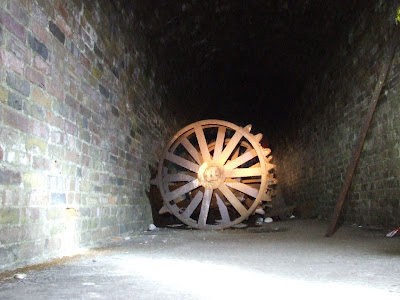 In a small room, which possibly held the generator, this vent goes up to open air 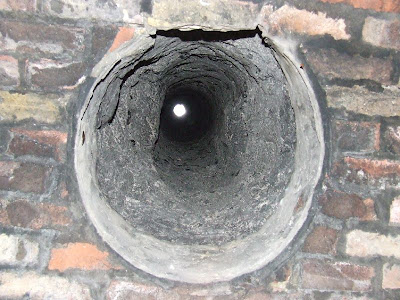 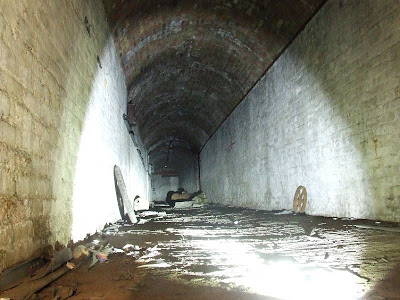 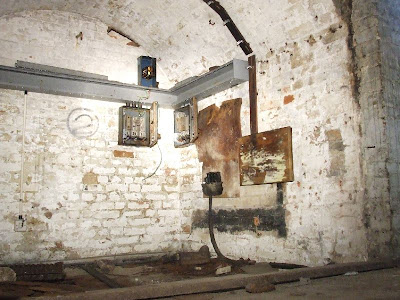 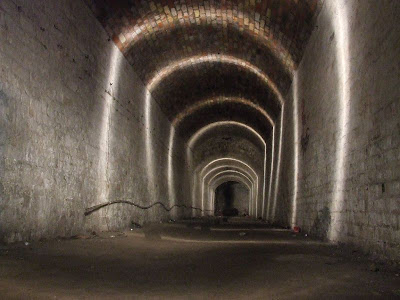 Tunnel leading to one of the two sealed entrances 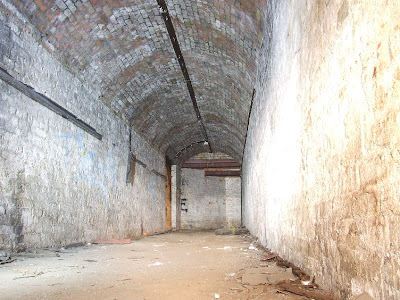 This section has been bricked up, but breached 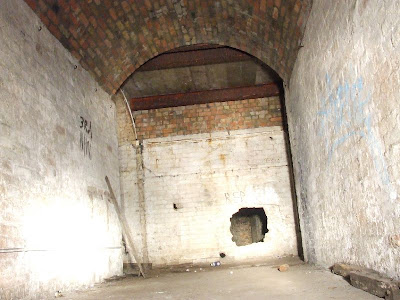 One of the sealed entrances in the quarry face 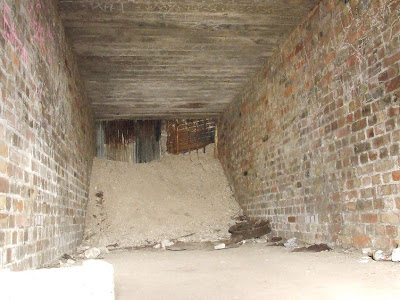 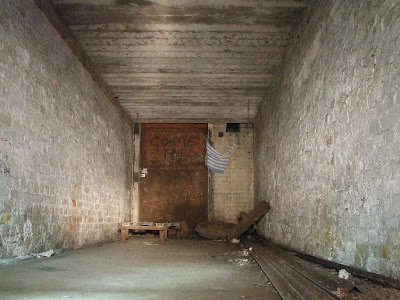 Clare said...
This comment has been removed by the author.
2:10 pm

Lovely blog you have here -- really fascinating. I came in looking for information about the tunnels at Dover, and got hooked.

I was wondering about the hoops of light in photos five and ten -- are they artefacts of your flash, or something within the tunnel?

Thank you, the hoops of light are an effect created by setting the camera on a long exposure and then walking along the tunnel in front of the camera shining the torch on the walls.

Hi this brought back some childhood memories, we used to try and throw flints down the vent pipe, missed most of the time.

is it still possible to access these if you are willing to try hard?

I found cave spiders in the box hill fort. amazing egg sacs hanging in thier hundreds.

I believe these tunnels were sealed up a number of years ago.

Myself and my mates used to go down these tunnels when we were kids abck in the late 80's. We found old WWII bikes and newspapers - it was an excellent place

Brilliant and very interesting, as I think these caves are the ones my mother and I lived in during the War.

hi mate how did u get in to them

Hi, I was wondering if you had gotten into these tunnels legally? and if so how would i get in contact with the correct people?

Please let me know as i would like to visit for photographs as these tunnels are some of which my family would possibly have used.

my email address is j.temple@hotmail.co.uk

This brings back memories from 50 years ago when I used to go there with friends. It was athe seedy even then.

Wow,just found your blog ! I worked at cane hill hospital from 1975-77. In the summer of 76 a younger brother of my friend jimmy darville had found his way in with some friends, and found some ww2 weapons, and were stopped by the police on the a23 ! Later on jimmy, frank hagon, and myself gained entrance and explored the tunnels by torch light ! In a pile of sand we found 2 sten guns, a walther rifle, 3 pistols, magazines and hundreds of 303 ammo ! We also came across lots of vw beetle parts ?! I think frank moved back to hartlepool, not sure about jimmy although all of his family worked at cane hill, and as for me. I reside in reigate !

Just drove past this,wanted to know what it was and looks very interesting!