These two-level casemated gun rooms protect the North West Flank of Newhaven Fort. They are some of the oldest parts of the fort, but were unfortunately buried when the ditch was filled in and cannot be seen from the outside. They remain in poor condition, but retain some extensive murals on the walls, which appear to have been painted by soldiers just after WW2, when the tunnels were used as a recreation area. A secondary entrance to the North galleries, from outside the fort, was also created around this time as a quicker point of entry.

Unfortunately, these tunnels are not open to the public and due to the deterioration occurring to the murals, it is unlikely that they ever will be; so many thanks to the staff at Newhaven Fort for allowing access on this occasion.
Model of the fort, showing the galleries 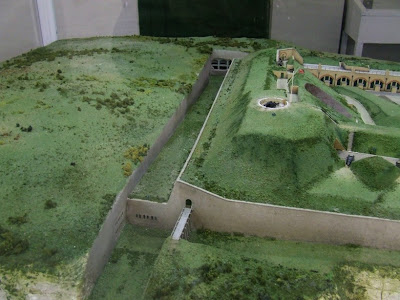 Steps down from the fort 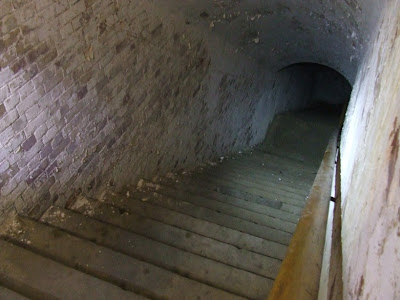 Underground passage beneath the ditch 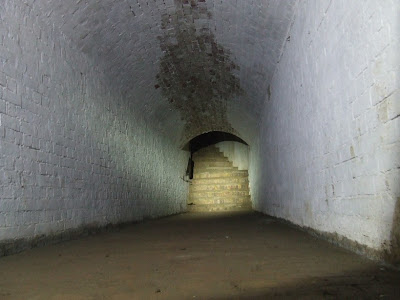 Steps up to the galleries 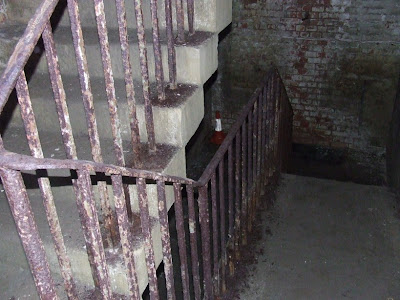 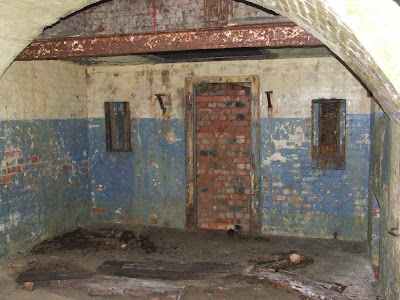 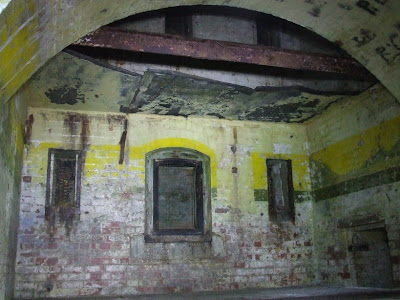 Ship painting on the wall 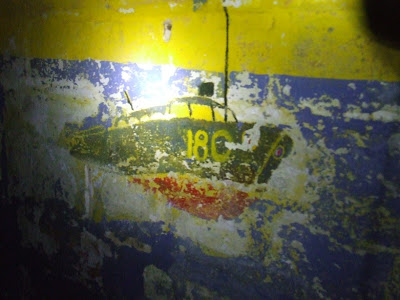 Passage between the first set of gun rooms 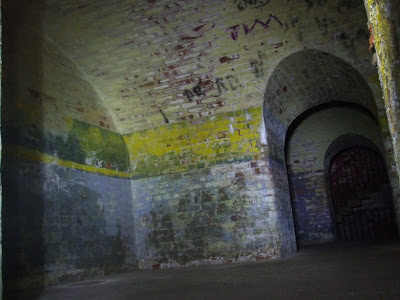 Steps up to second set of gun rooms 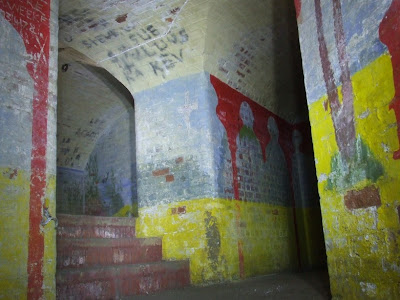 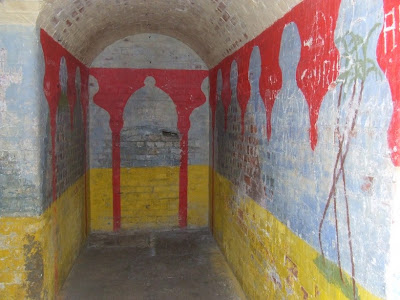 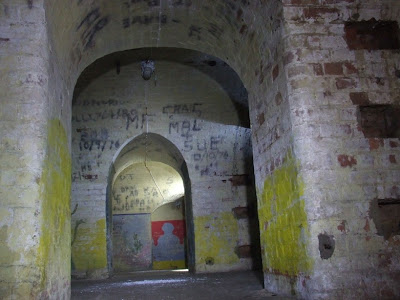 Looking back between the rooms 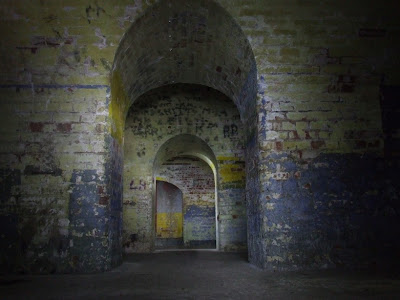 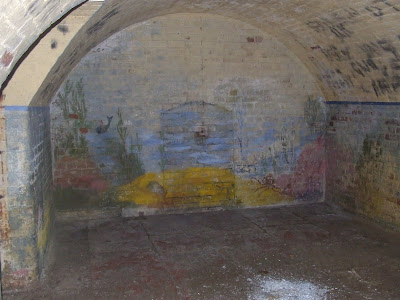 Steps to upper level of casemates 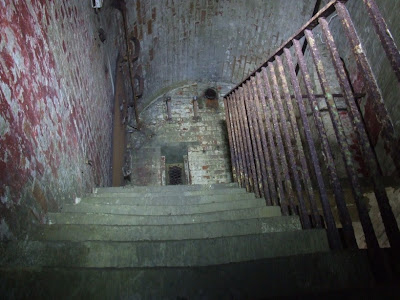 View across upper level of gun rooms (floor is missing) Hi we did some work on these a couple of years ago.. have a look at this link...

beautiful down there... I hope somebody can help preserve them at some point

I spent many hours down here as a youngster in the seventies, we even got caught by the police who were searching for lord Lucan.

i spent many nights sleeping in the old fort in the late 60s,was a great place for adventuring

I went down there a few times in 1978 79 as a 14year old,very scary,not very good torches,but we always explored as much as possible,used to spend the whole day there,having cycled from Hailsham,I distinctly remember a wall painting of a naked women down there,but don't seem to be able to find any pics of her,does anyone else remember this too?

The '180' Ship painting appears to be an image of one of the Air & Sea rescue launches which were stationed on the west quay of Newhaven. Those things could really shift!

In 1953 there was an enormous party inside the fort, on the square, for all the children in Newhaven to celebrate the coronation of Queen Elizabeth II. I was there throwing jelly with the rest of them.

The 'moat' beneath the bridge and flanking the east side of the fort was tidal, emptying and filling up every day. We used to enjoy watching the whirlpool effect as it went down the plug hole. (there never was very much to do in Newhaven by way of entertainment)!

To the south of the old drawbridge, south of The Hope pub, there were battlements which housed a large oil storage tank. As one of your previous contributors stated, this was to enable oil to be pumped out into the Newhaven/Seaford bay to deter or illuminate any invasion fleet.

You have a great details here. Thanks https://www.backyardbuilderokc.com/

I'm so impressed with your blog. Thanks https://www.okieconcrete.com/

I really love the place so much! | aurand.net/

You have a good topic and nice place to share. Thanks lacasaspa.com/

Wow, what a very nice data here. Thanks | http://www.yycsepticservices.ca/

Wow you have an extraordinary details. | GreenwoodConcreteContractor.com

My grandfather was there when some of them were painted . He served in the Air Sea Rescue squadron based there.