Wanstone was the largest of Dover's WW2 coastal batteries. Two 15" guns were installed on the site, named 'Jane' and 'Clem'. The existing farm buildings were utilised, and a deep shelter, plotting room, guard room and many other buildings constructed. Ammunition for the guns was stored in four large bunkers, which were built above ground and then covered with earth. A 3.7" Anti Aircraft gun site is located North West of the main battery. The buildings of the battery survive in good condition, as the site is on private farm land but the whole area is very much overgrown.
This is on private farm land, any thanks to the owners who allowed access to the site.
Plan of Wanstone Battery 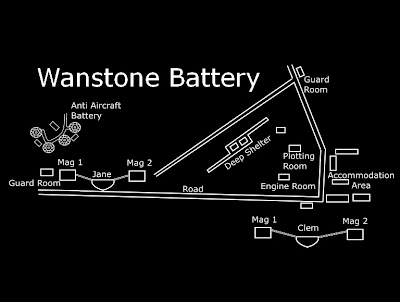 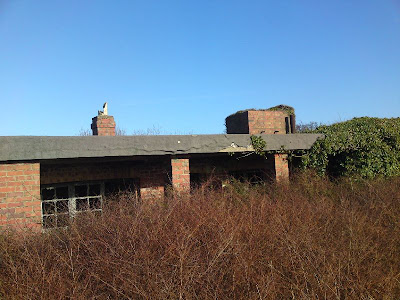 Entrance to the guard room 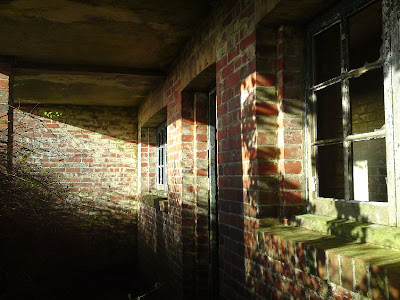 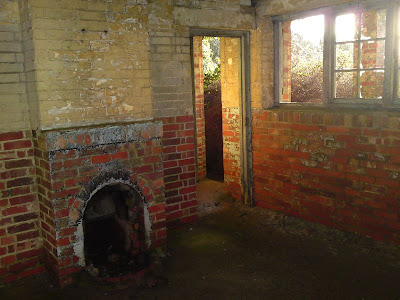 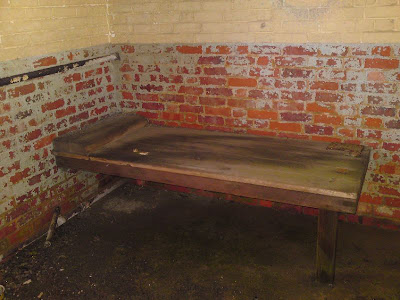 Blast wall over entrance to shelter 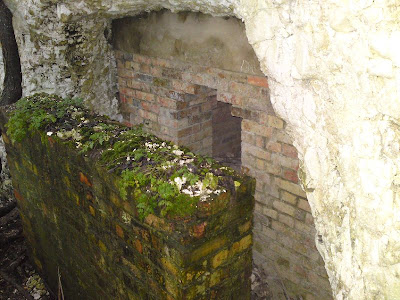 Looking into the chalk tunnel 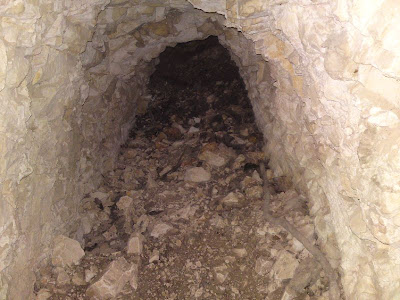 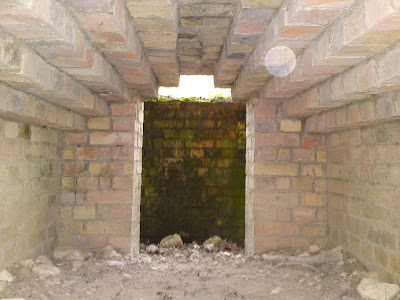 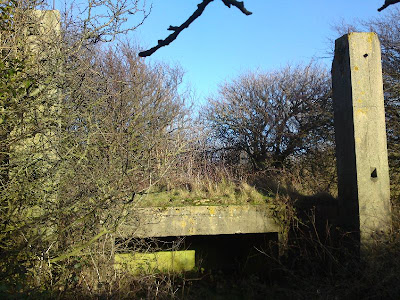 One of the magazines for 'Jane' 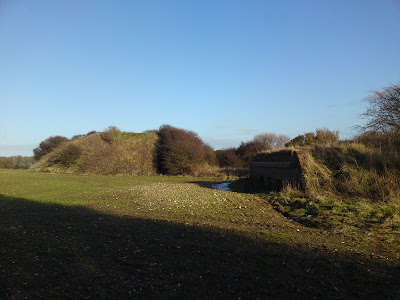 Doors remaining at entrance to magazine 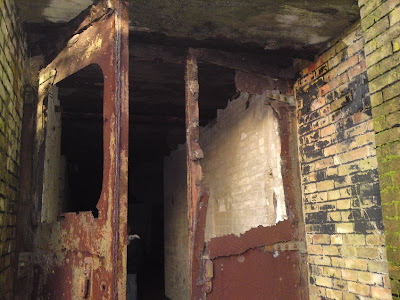 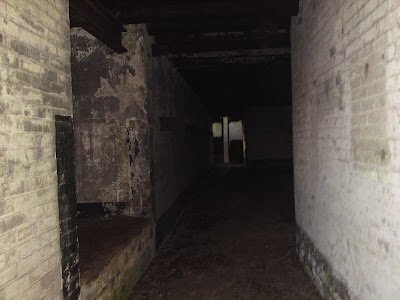 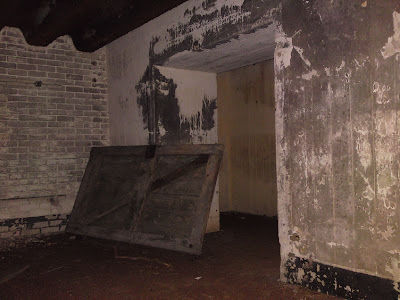 Looking inside the shell store 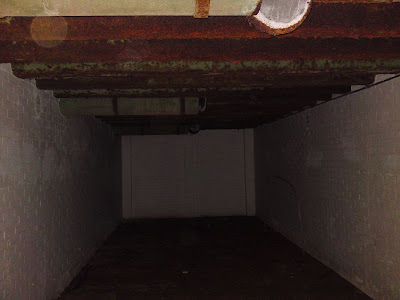 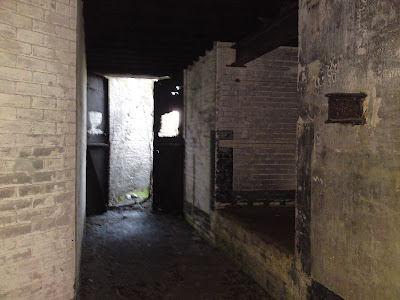 One of the AA Battery's gun positions 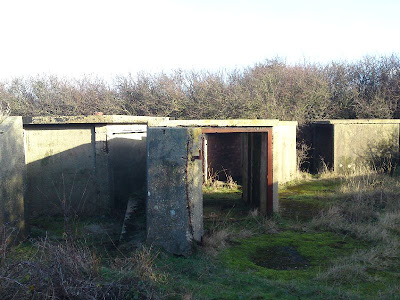 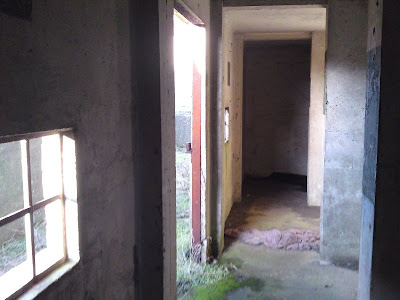 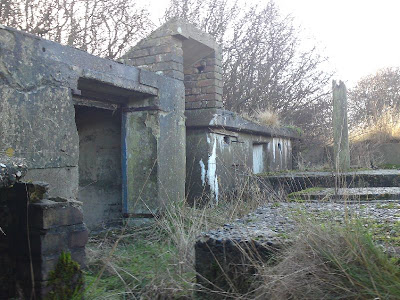 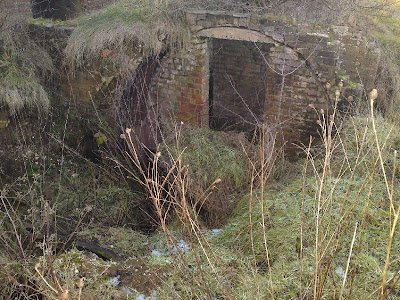 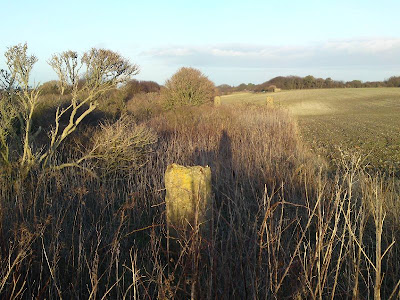 Ventilation ducting from the shelter in the magazine for 'Clem' 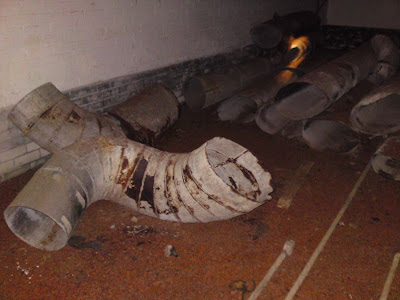 Buried electrical Sub Station near the magazine for 'Clem' 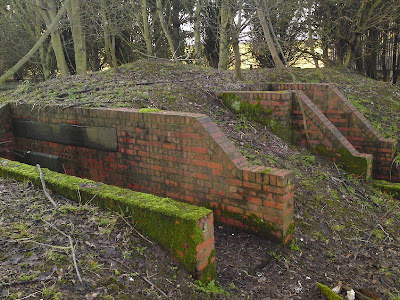 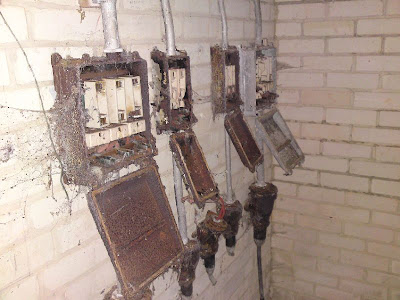 MY WIFE AND I USED TO VISIT THE SITE NOT LONG AFTER THE MILITARY LEFT IT AND INSDE THE 9-2" MAGAZINES WERE THE WOODEN SHAPED HALF ROUND RACKS FOR THE SHELLS TO REST ON.MOST WERE TAKEN BY THE "LOCALS" FOR FIREWOOD etc.IT WAS SEVERAL MONTHS BEFORE THEY FILLED THE GUN PITS IN AND THERE WAS A LOAD OF STUFF LYING ABOUT.
brianbrookespayne@gmail.com

My father was stationed here in 48

The National Trust have launched a campaign to buy 70 hectares including the battery and restore public access https://www.nationaltrust.org.uk/appeal/urgent-white-cliffs-appeal

NT White Cliffs Ranger said...
This comment has been removed by the author.
9:44 pm

Hello. To confirm, National Trust now own the Jane and Clem gun sites (Clem ownership is segmented with the previous owner) but neither are in public access land or on a public right of way.

While an initial archaeological project has been undertaken in aim of asset recovery and preservation, NT has no current plans to open the sites for public access and currently has no further funding to fully uncover or restore the structures that survive on the site.

The site is private and enclosed within a perimeter fence that does not provide any pedestrian gates. Climbing these fences and the installed field gates is trespass.

The site has survived in remarkable condition for decades, given its private and patrolled ownership previously within a farming operation. It also remains now as a wildlife haven, part of the site is a Special Site of Scientific Interest. NT and the community obviously would very much like to keep the site in this existing condition and with respect, asks for no publicity, actively discouraging access at this point of time. Such recent (2019) visitors as the youtuber vloggers, aided only with self importance, google at hand and unsourced facts/personal opinion, have only brought problems for the site. Already, vandalism since the new year has unnecessarily damaged original features which are now lost forever or will require additional costs and volunteer hours for repair.

Also, largely for anyone finding this via google, please note that drones are not permitted to be flown from or above any part of the White Cliffs property, without the qualified licence, public liability insurance and prior written consent from the property office. Additionally flying drones above Wanstone Farm and the surrounding area causes disturbance to the nesting bird life that are abundant on the site and therefore are not generally welcomed.

To help NT uncover and preserve the entire site of Jane and eventually Clem, then to open them for public access, further donations and grants will need to be actively sought. On the point of sourced factual research, as it was for Fan Bay Battery, NT are blessed with keen volunteers who are visiting nationwide archives and resident collectors who have provided the complete technical / human story of Wanstone Battery. It is being actively compiled for internal purposes, with mind of local archives and future public interpretation.

For further information and questions, I would invite you to speak to the property team on the phone: 01304202756 or email: whitecliffs@nationaltrust.org.uk