Portsmouth Harbour has been heavily fortified since Henry VIII built Southsea Castle and a line of forts and batteries stretches along the esplanade to Eastney. Four sea forts, Spitbank, Horse Sands, No Man's Land and St. Helen's Fort are also located in the Solent between Portsmouth and the Isle of Wight and were built after the 1859 Royal Comission of the country's defences. Fort Cumberland and Eastney Forts East and West are located in the far East of Portsmouth, but are not currently open to the public. Nearby Lumps Fort has been converted into a rose garden, but a number of original features remain, including the gun positions. Southsea Castle was also modernised in the 19th Century, with a Counterscarp Gallery being added as well as wing batteries to the East and West. A long casemated barracks and series of batteries was also established in the area around the Round Tower, a 15th Century fortification in the far West of the Harbour, in the area known as Old Portsmouth.

These interesting fortifcations can be easily visited by strolling along the Esplanade.
Spitbank and Horse Sands Forts 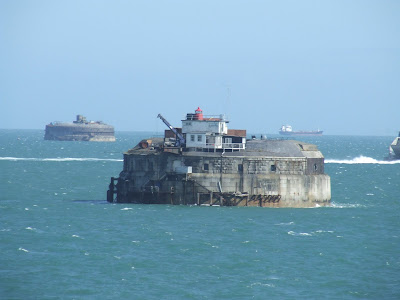 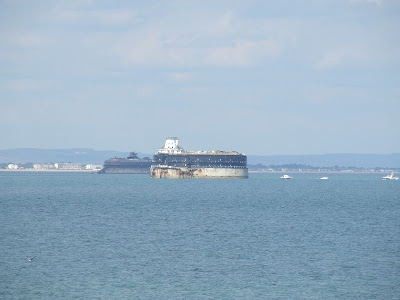 The Round Tower and Casemates from IOW Ferry 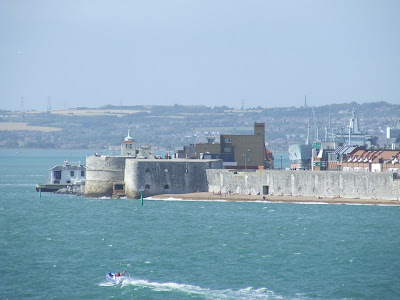 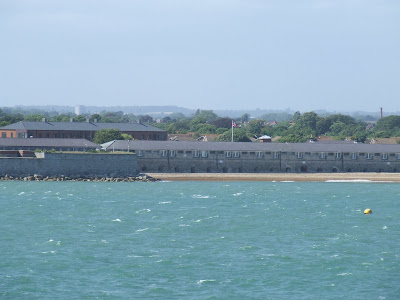 Half buried caponnier at Lumps Fort 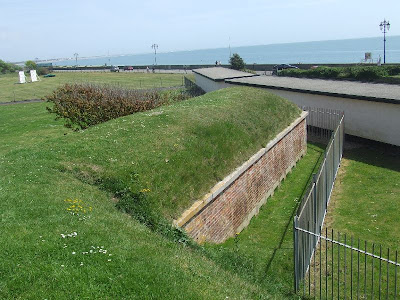 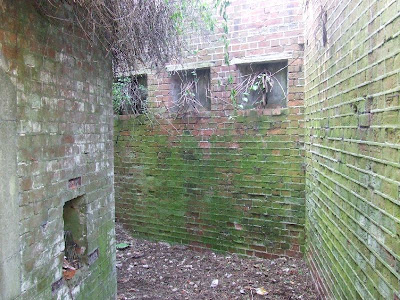 Entrance to the 19thC tunnels at Southsea Castle 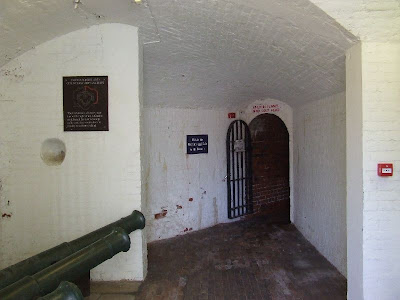 Passage inside the fort 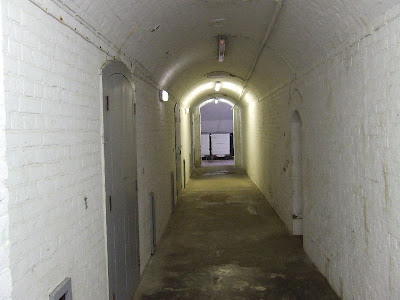 Passage under the ditch 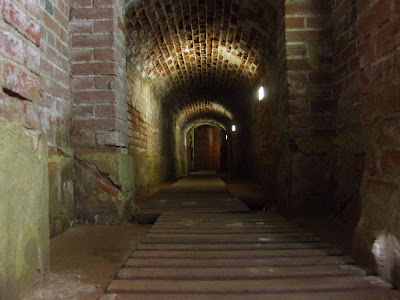 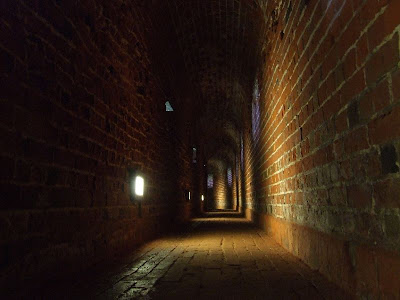 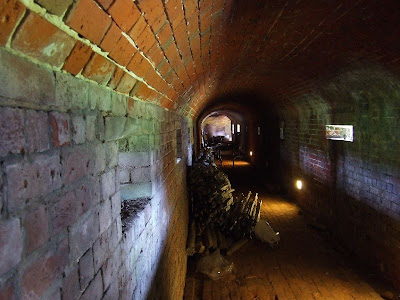 The Caponnier and Counterscarp Gallery from outside 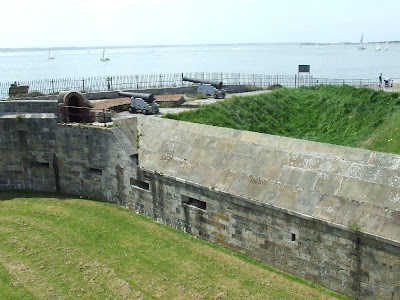 Looking to the centre of the Castle from a casemate 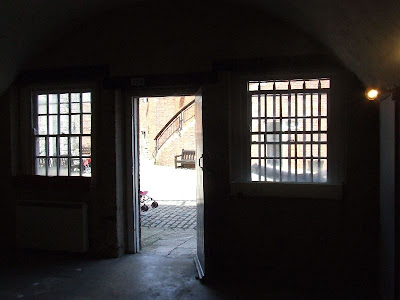 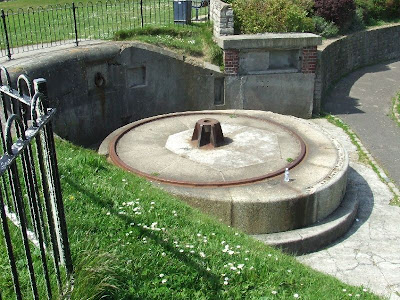 Looking towards the Round Tower 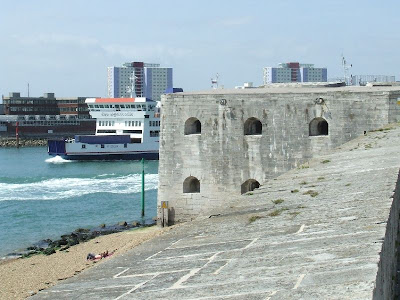 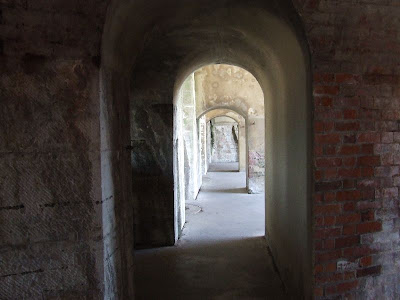 Rails for the guns can been seen on the floor 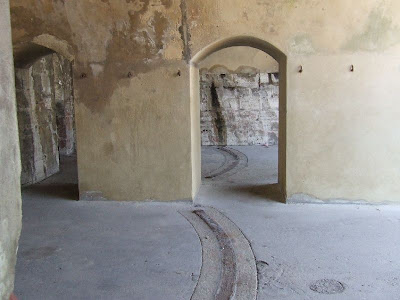 Embrasure for one of the guns 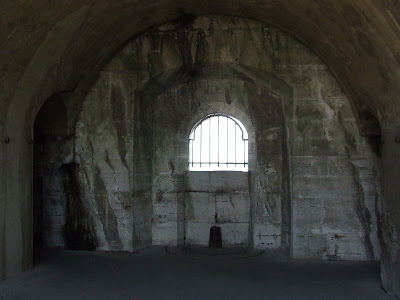 Looking towards the tower from one of the other casemates 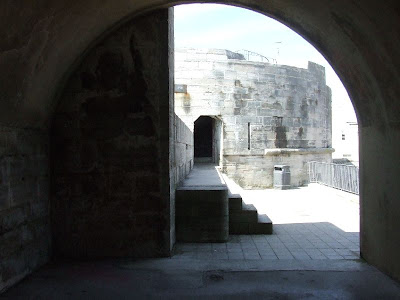 Guns on the lower level 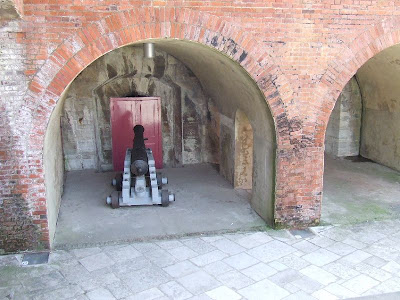 Casemates on the other side of the courtyard 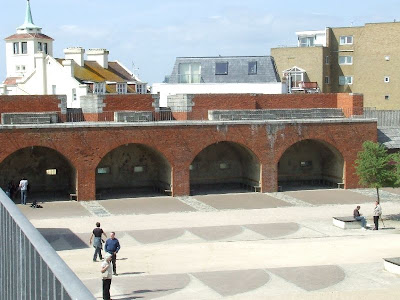 Down on the lower level looking back to the gun rooms 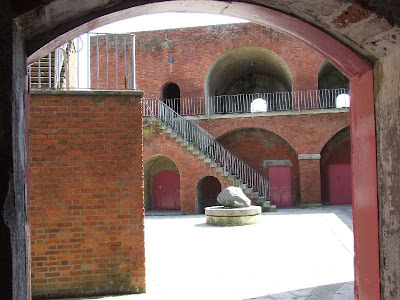 The rear of the above casemate 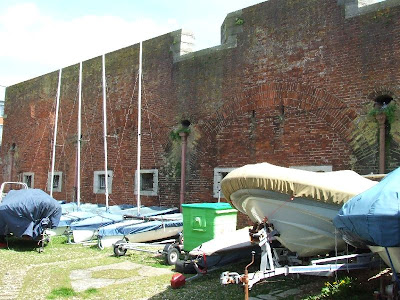 Long row of casemates, some of which are used for storage 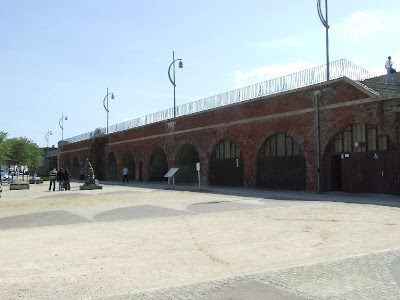 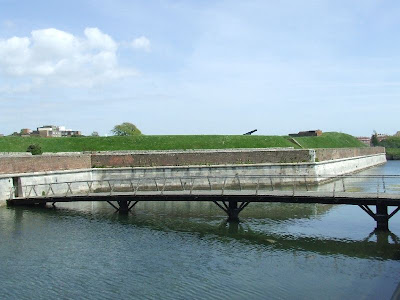 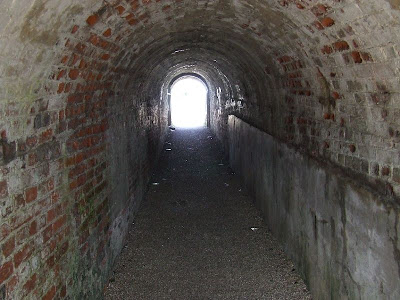 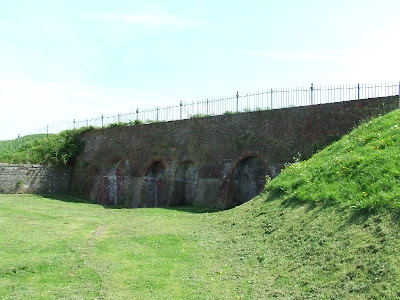