Garrison Point Fort was built in the 1860s as part of the Royal Commision's recommendations for improvement of existing fortifications on the Medway. It forms a strategic point at the far North of the Isle Sheppey, within the boundary of Sheerness Docks. The fort's design is similar to others in the Medway and Thames area, with a row of granite faced casemates, with gun ports facing the river. Garrison Point Fort has two tiers of casemates, above which are 20th Century gun positions, and a lower level for magazines. Part of the lower level was converted into the Royal Navy Auxilary Service control centre during the cold war. The fort is now in the hands of the Medway Port Authority, and has a radar tower built on top, most of the fort remaining unused, but in a good state of preservation.

Many thanks to the staff at Sheerness Docks for allowing this visit. 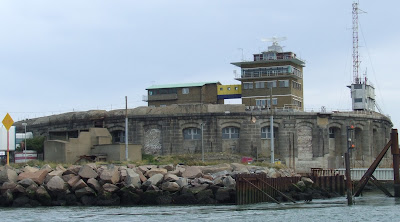 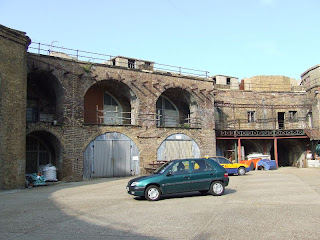 Iron railings still in place on the upper tier of casemates 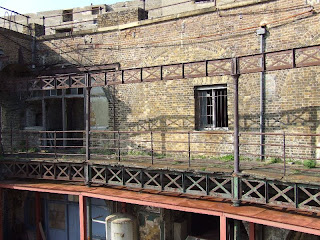 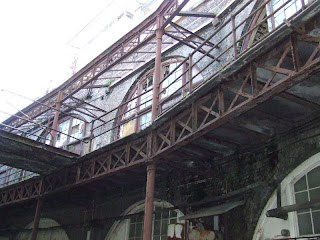 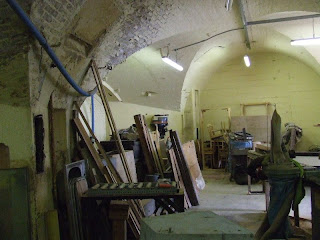 Shell hoist from the magazine level below the gun room 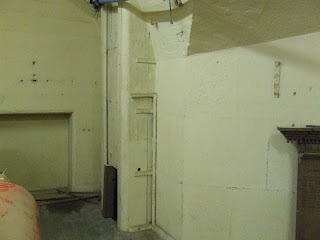 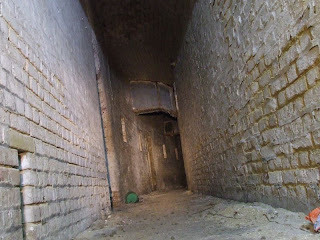 Remains of wooden seating in the Shifting Lobby 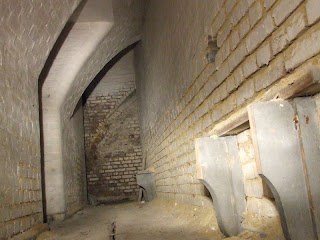 Inside one of the larger magazines 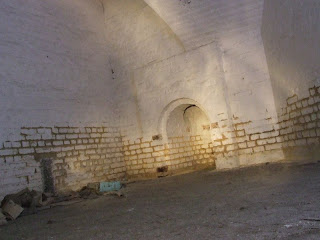 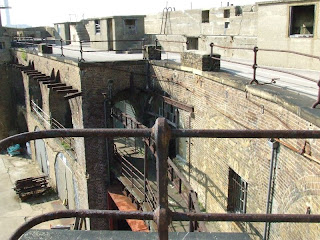 Looking down towards the main entrance 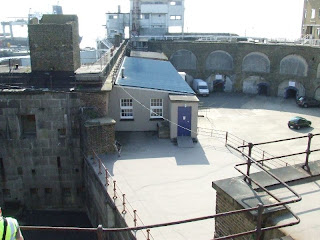 Looking across to the radar tower 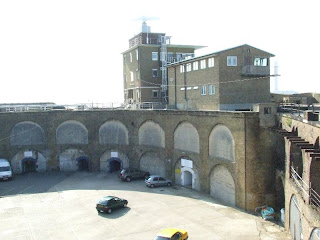 Looking down to a loopholed courtyard,
which is probably the result of later expansion of the fort 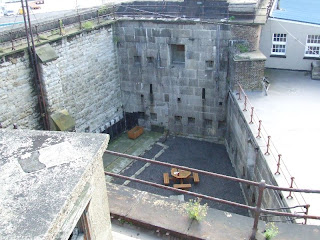 View along the gun battery on top of the fort 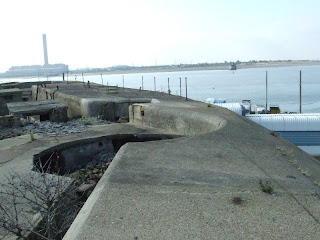 The date 1901 can be seen above this shell locker 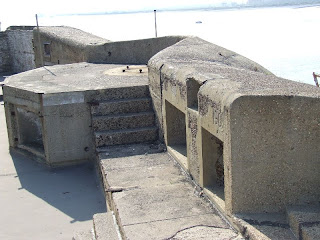 View back across the top level of the fort 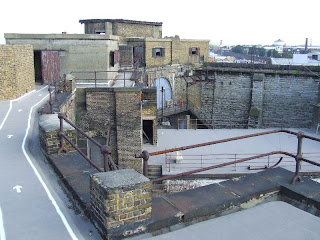 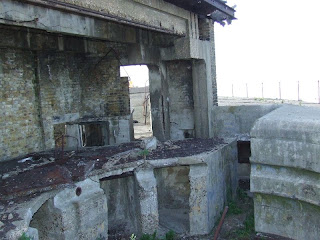 Casemates above the RNXS portion of the fort 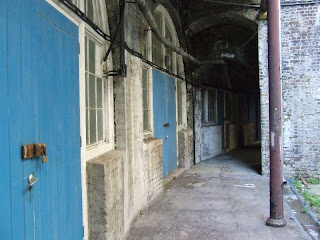 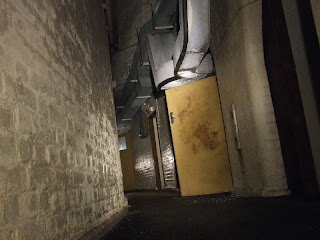 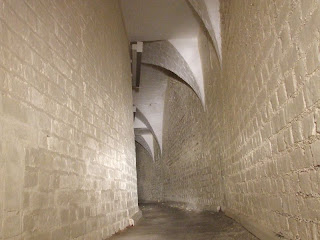 Some of the ventilation equipment in one of the magazines 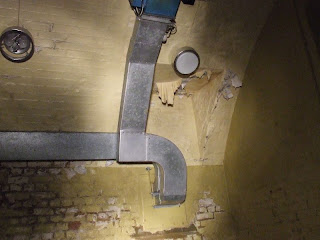 I worked at Medway Dry Dock in 1971 and a group of us younger guys used to spend our lunch breaks exploring these areas. Got through loads of torch batteries in the tunnels and on occasion got a few scares !!
Also there used to be metal signs up on some of the buildings in the dockyard saying "Refuge" and a number stating so many thousand people. One day a workman was using a pneumatic drill close to on of these signs and the drill disappeared down a hole - when they investigated it was an entrance to a large underground shelter and they found various items of interest like blankets, camp beds, tinned food supplies etc. There were many of those refuge signs in those days so who knows how many others have been sealed off?

What did you do to make them let you in?

Love this place sooo much! | https://www.mobiledetailokc.com/

Love the whole content of this output! | find it here

The best way to find out about famous people's net worth is searching for their name on celeb net worth then click.

I want to visit here. https://online-application.org/social-security-administration-office/