Fort Purbrook was completed in 1870 and forms part of the line of forts on Portsdown Hill, along with forts Widley, Southwick and Nelson. Fort Purbrook lies to the East of Fort Widley, and was originally supported by two small redoubts known as Farlington and Crookhorn, although both have know been demolished. Purbrook has a similar design to the other forts on the hill, with a large brick barracks facing South and a ditch to the North protected by caponniers. The fort has remained in good condition, and many original features, such as stenciled signs, metal shutters covering gun ports and cannons can be found. The fort is now in the hands of the Peter Ashley Activity Centre, and along with Widley, is used for events and outdoor activities.

Many thanks to the Peter Ashley Staff for allowing this visit, and the PFS for arranging.
Plan, courtesy of the Palmerston Forts Society 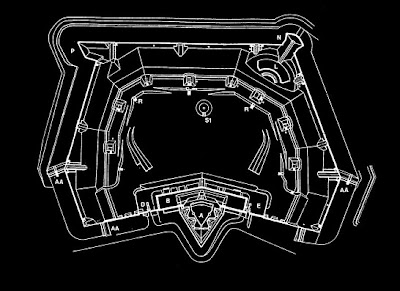 The entrance to Fort Purbrook 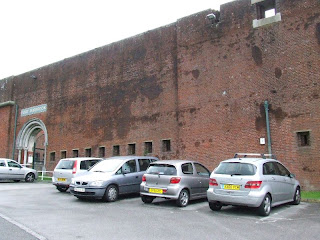 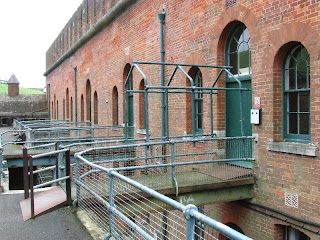 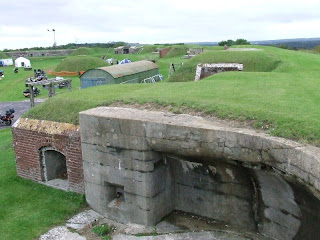 Some of the cannons 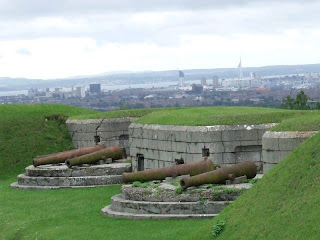 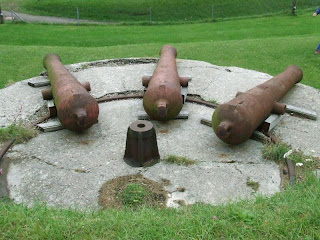 Looking into the ditch from the rampart 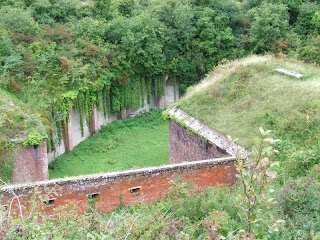 Stairs down from parade ground to tunnels 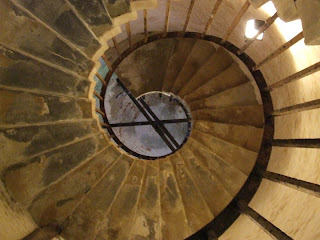 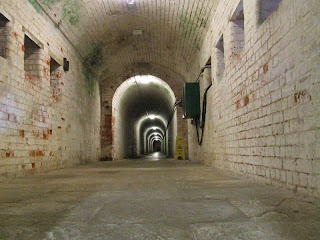 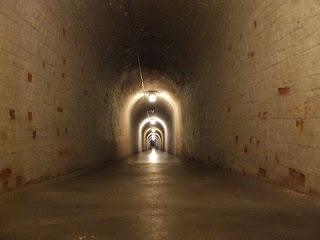 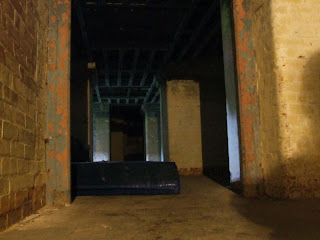 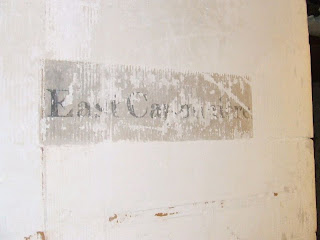 Caponnier on the lower level 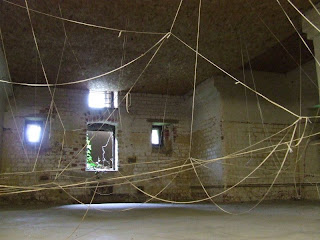 Steps up to the upper level 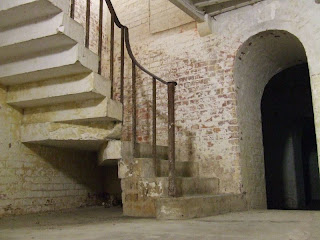 View across the upper level 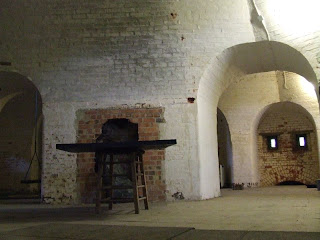 Caponnier and gun rooms from the ditch 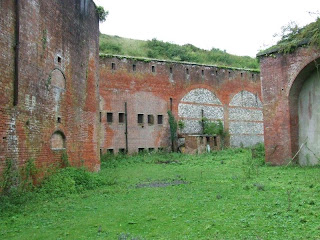 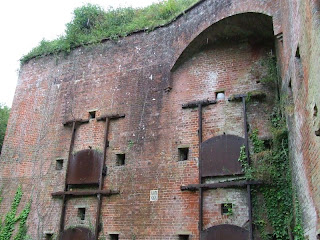 View along the ditch 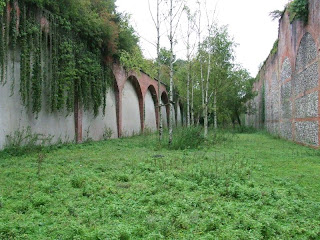 View of the main caponnier 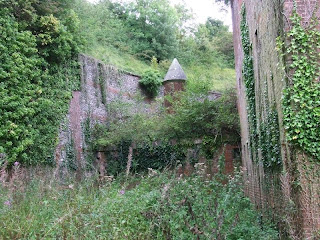 Passage to the Mortar Battery 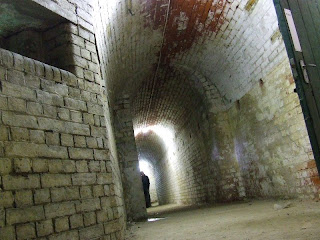 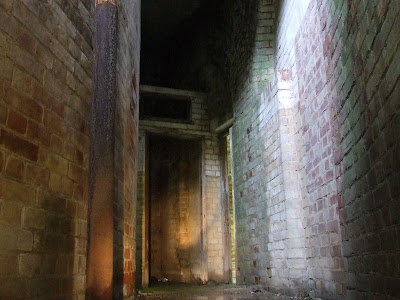 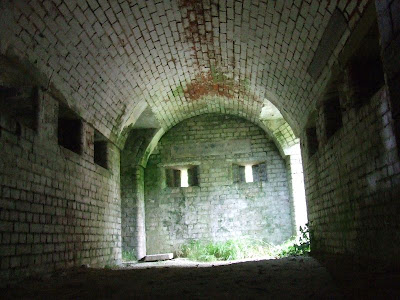 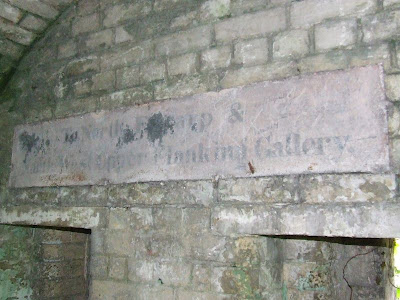 When I was a young boy, I had a guided tour around fort by an MOD policeman who told me and my friends that the Russian Sputnik satellite
had been tracked here by the Royal Navy! I don’t know if that’s true but we were amazed. Wonderful place!