The majority of the caves in Reigate were originally dug as mines for silver sand. There were many miles of caverns but a large number have been filled in to prevent the growing town collapsing into them. A section of caves which are still accessible are located East and West of Tunnel Road. The Tunnel Road Caves were used during WW2 as shelters due to their depth and close proximity to the centre of Reigate. The East caverns still have a number of items left from the war, including signs, graffiti and toilet facilities and in many places are supported by brick arches. The West tunnels remain pretty much as the miners left them: a labyrinth of unsupported caves. quite large and cavernous in places. Parts of the West Caves were used as a shooting range and other parts as wine vaults.


Both sets of tunnels are generally closed to the public, but opened by the Wealden Cave & Mine Society on certain days.
Plan of the two sets of tunnels, with the road in the middle 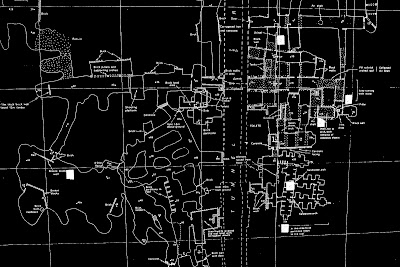 Tunnel Road, with the entrances to the caves on the left and right This cave was clearly later used as a wine store 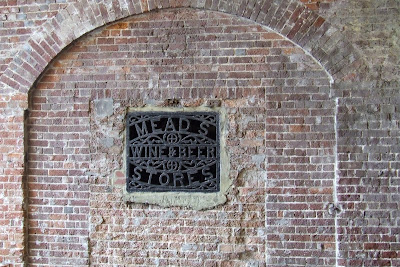 Entrance to the East Caves, WW2 door still in place Lots of old bottles near the entrance WW2 signs in one of the tunnels One of the main passages Steps down to another section Just inside the Western tunnels Graffiti on one of the walls Caverns of the mine Thank-you VERY much especially the DETAILED plan which shows several parts of the network now blocked up and inacessible eg the old rifle range. When we lived in Rerigate one of the gunsmen most kindly let me and my Father into that part of it when we banged on the door late one evening in about 1978 and even showed us round! I printed off the plan and resized it to full size A4 and played about with the contrast etc; But the resolution through the internet is pretty poor- can't read all the writing on it. Any chance of a full size A4 decent resolution copy if I send you a stamped addressed envelope and pay any of your other costs?

Sorry, the plan was on the wall on the open day, so this is just a photo of it, and I don't have a clearer version.

Yahoo! this is so great. Thanks for sharing change-of-address-form-online.com

Love the whole area . Thanks check it here

Jessy said...
This comment has been removed by the author.
7:00 pm

Your work is totally valued nonstop and the world. It is a useful as well as unimaginably broad blog. Keep up with the incomparable; I look at two or three messages on this site, including I consider that your blog webpage is entrancing as well as has sets of magnificent thing of data. A debt of gratitude is in order for your advantageous drives | One to one massage Swansea

I liked the way you wrote the article. It was very straightforward and your knowledge on the subject is fantastic. Robertson Truck Sales Inc